It is very early days, incredibly early as we’ll discover in the interview with Angus, but Second Games Galore is back.

If you’re old enough to remember, and from the right part of the UK, you might recognise the name. Otherwise, you may already be correctly inferring it from the title. Second Games Galore was (and now is) a second-hand specialist.

Looking for a rare RPG? Second Games Galore was a place to check, and hopefully will be again. But it doesn’t have to be rare RPGs. It could be ones you’re not cautious about, or perhaps books that only made it through one Kickstarted production run, and you simply cannot buy in retail anymore.

Got a collection of old or exciting RPGs? Second Games Galore might be a better option than eBay.

At least, that’s the idea. The brand closed in the 00s when the owner retired, but Angus Abranson, ex-Cubicle 7 and owner of Boardgameguru, has resurrected it. He has the blessing of the former owner.

In a pandemic? With digital delivery? And Amazon and eBay? Second Games Galore is still populating the website, still needing social media profiles (though Facebook is coming along), so I was keen to speak to Angus. Kindly, he agreed.

Why launch a second hand bookstore in 2022 with Amazon and a pandemic going on?

No one would launch any retail business if afraid of the Amazon effect. They are all encompassing these days and you can’t compete with them when they offer things on same day service, free post via Prime, etc. Where you can compete is with customer service and a personal touch. Plus there has been a growing trend to support smaller, often more ethical and environmentally conscious, businesses – and I’d like to think that we’ll tick the right boxes there. Arguably the pandemic is a great time to actually start a second hand business for a number of reasons.

Many people have had more time on their hands and reading, and gaming (albeit online), have increased in popularity over the last 18 months. People have had time to look at their hobbies – and maybe look at the gaps in some of their collections or look at new systems they’d like to run. Retro also has a new ‘coolness’ about it thanks to a spate of things in popular culture and that’s not only meant new editions of classic games appearing, but also an interest in the original games themselves.

Plus many of the second hand items, outside of the harder to find out-of-print items, are a fair bit cheaper than they’d be new and even without a pandemic going on many people are price conscious, so it’s an excellent or near mint second hand purchase is a great alternative to a brand new full price copy.

Does this make you a Music Magpie of RPGs?

I guess it could go that way, but the scales in operations are miles apart. We do offer a range of ways to buy, and sell, people’s collections though. From outright purchase to a share deal where we take the collection and “list it, sell it, ship it” for a share of the sale paid out on a monthly basis. It depends on a number of factors.

Why relaunch brands and not start something new?

A large part is existing name recognition. Even though Second Games Galore closed down a decade or so back many people still remember the name from when Colin ran the company and was an ever-present at many shows across not only the UK but in Europe too. I’ve known Colin since the late 80’s, and the Leisure Games (when I worked there) and Second Games Galore teams spent a lot of time hanging out at shows. Plus I always liked the name.

What does this mean for Boardgameguru?

Nothing changes on the Boardgameguru side of things. The two are different businesses, even if they are ‘sister companies’ in many ways.

We didn’t want Boardgameguru flooded with second hand games on the website – we wanted a clear differential between ‘new’ and ‘second hand’ titles so a new company to handle the second hand side of things was an obvious move. Boardgameguru is often contacted by people looking at selling their collections due to changes in circumstances, moving abroad or due to the passing of a relative who was a gamer. This way we might be able to help with a slight change of hat.

You’ve said you’ve more books available than you currently have listed. Is that right and how many more to post?

On the RPG side we only have about 100 listed so far (it’s very early days for the site as it was only launched on 3rd January). We have about another 2-3,000 RPG titles in boxes waiting to be photographed and listed. In addition we have several hundred board and wargames, a few thousand comics and graphic novels, and probably a few thousand novels… so we should be uploading new content for quite some time to come.

What’s the most expensive book you have available?

That’ll be a copy of Last Unicorn’s “Dune: Chronicles of Imperium” RPG from 2000. Copies have been known to go for several thousand dollars, even since Modiphius released their new Dune RPG. We also have at least one of the Limited Edition Metal Case Warhammer 40,000 RPGs that Fantasy Flight Games released which can often go for between £400-£600 each. 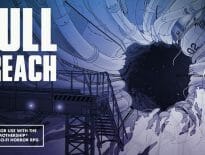 Tabletop & RPGs Eclectic terrors for your delight: Hull Breach is … 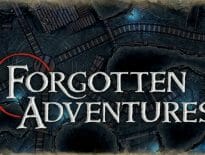 Interviews Dungeonfog integration, dragons and rubble: An int…
wpDiscuzComment Author Info
Manage Cookie Consent
This site uses cookies 🍪, and links are ads that may earn bloggers some money 💰, and with this alert, I very much hope that these dark truths 🧌 are acknowledged.
Manage options Manage services Manage vendors Read more about these purposes
Preferences
{title} {title} {title}
Loading Comments...