Last article, I talked about Parallel Story technique and how we can focus on a number of different stories in order to broaden and deepen a game world.

Now I’m going to expand on that idea for a minute. What if the game had lots of parallel stories running? What if each of them were in the same game world? What if they all impacted each other? How does that work? How do we keep it straight? How can it elevate play?

Well, I am going to give you a guide to my version of this – A living world game. And I am going to show you how I evolved one group’s game into a game world that has been affected by 7 groups and how they have been in and out of each other’s lives.

So what is this?

This is an example of a living world. Which is the model presented above. A game world that is affected by several play groups and the knock-on effect of actions in one game, change those in others. The one I am about to present has been affected by the following groups/campaigns.

[1] Perfection Of Sorrow: A game about the fact that there is a technological uprising/war and that the world is walled off for other D&D worlds by a ‘godswall’ structure.

[2] Legacy Of Druit: A game about pirates, mainly set in the seas of the game and coastal towns. Based around a the search for a new pirate king.

[3] Blending Of Shadows: A game about espionage, what’s really going on in the game world and the hidden powers behind various nations. Most of the players in this one are in other games.

[4] Amongst The Kin: Small campaign about escaping an evil regime on a different continent ruled by witch queens.

[5] The Dice Are Shaken: Game about a group of thieves called The Dice, set in one city and them getting tangled in a web of intrigue.

[7] Tears Of Ashu: Actually set on another world, based around total other plots, but relevant.

Now, here’s a model of how to weave these tales together. It’s important, I think, to see how the social structure of a living world develops in order to understand how it keeps building. Let’s look at how I made it work.

I began with just ‘Perfection’, a campaign for new players and went through some very clear fantasy tropes. This allowed me to create a new world to play in and add details without any worry about tripping over continuity.

I had been running this campaign for a year or so before I thought about adding other. It is important if you are going to make a living world that the first group have time to build some lore. By the time this game was in full swing, I had a world map sorted, even if it was largely unexplored.

Next came ‘Legacy’. This was a game exploring a different side to the game, but the two players in both games spotted NPCs and references that went between the games. This allowed me to see if it was going to work.

The games were only connected by small moments, but players in both games built moments back and forth.

Meanwhile, I had started running ‘Tears’ but didn’t see it as connected. ‘Legacy’ didn’t run that long, maybe a year, and ended on a big cliffhanger that shaped everything else. Afterwards, I briefly ran an adventure that features both groups battling dragons in a frozen city as a sort of bookmark moment.

I then put together some players from both groups, sourcing groups with knowledge from both existing campaigns and getting some new people involved.

I ended up running two separate games, One long term – ‘Blending’ – and one short term – ‘Kin’ – blending of different bits of lore allowed us to really step up the depth because players act as informative gameworld historians.

By now, events in ‘Perfection’ and ‘Legacy’ have ended up creating warforged in the game world. This allowed a player interested in this to take the ball and run with it, changing them into something completely different. I had begun to keep an ‘in-game world’ calendar in order to keep all events straight.

The Blending group accidentally killed a god. This destabilised a nation of wizard-wrestlers that a ‘Perfection’ player was part of, trapping him at the edge of the world. The campaigns were beginning to innovate and change each other.

When ‘Kin’ finished, I invited a load of newer players and one gameworld veteran a chance to play in the world and set up ‘Dice’ as a mini-campaign.

It fleshed out a lot of minor stuff in the world. One player chose to play a warforged, inspired by the ‘Blending’ players take. This game featured bad guys introduced in another game, pushed forward plot points, and ended so that only some of the characters walked away.

I waited six months, then gave some of the players from ‘Kin’ and ‘Dice’ a chance to reprise their roles in ‘Blending’. This served as a good way to dump info to the ‘Blending’ group without it feeling unnatural, just told to them by another player character. It also made ‘Blending’ feel like a Streaming or TV show with guest characters. The cameos eventually went on their way, but it felt like everyone had grown.

By now, I had enjoyed the cameos so much, I pulled some other players in to do a guest spot with new characters. This was during a massive crossover that featured some returning ‘Legacy’ characters where everyone fought tooth and nail to protect the seat of the pirate nation’s power.

The cameo players enjoyed the game world so much, we began a new game, ‘Crone’. I immediately linked the lore to both ‘Kin’ and ‘Blending’. It seems like a tangled web, but actually, it’s just keeping one world in your head at this point and picking up the threads you haven’t had chance to resolve.

Finally, to my surprise, the ‘Tears’ game communicated with a god of the D&D multiverse in a way that meant he damaged the wall around the original game world – not something I was planning.

This meant that I’d tied in ‘Tears’, with players outside of the original scope of the story. This caused a huge roleplaying moment as the warforged in setting ended up almost unmade. The ‘Blending’ character loved it. So keep your eyes open for a chance to forge connections narratively – our brains are geared towards this idea.

So now I find myself in a situation where I have ‘Perfection’, ‘Blending’ and ‘Crone’ as my main games still running, and it feels like a moving world with lots of heroic types doing what they can.

You can see how this model happened naturally by combining people and ideas and listening.

Creative Commons credit: Giant of the Tower by gkb3rk, Aberration colossus by ThemeFinland, and Zero – Warforged Dark Knight by KhadarSensei. 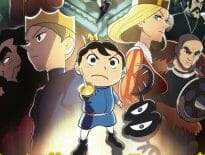 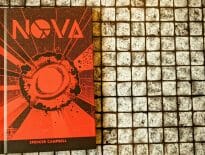