You are here: Home / Games / Tabletop & RPGs / Tabletop games 2022 pre-orders already selling out in the UK

Wayland Games is, they say, Europe’s largest independent retailer for tabletop hobbies. I’m an affiliate, so I was on their pre-order page to determine if any upcoming games are worth looking into.

It looks as if I may be too late; many of the big-ticket items to look forward to in 2022 have already sold out Wayland’s pre-order allowance.

That’s not to say the retailer can’t get more later. Still, it shows impressive demand. I worry about the twin impacts of more significant Brexit restrictions hitting (more come into force in January, although some have been delayed) and ongoing lockdown and logistics problems.

I think it’s more helpful to show what you can still pre-order now and then look at what’s sold out. It’s the latter that reveals the extent of the discussion.

This is a sample list, there are lots you can pre-order, but in particular, these are heavy-hitters.

Once again, a sample list shows what pre-orders have been fully allocated for now. These items are not even available yet, and if you didn’t pre-order them previously, the chance might have gone entirely.

I didn’t do this research last year, so I can’t contrast the state of these fully allocated pre-orders to what’s happened in the past. I’m not sure it would make sense to do so either; last year was also a lockdown year; before the lockdown, we didn’t have the surge of interest in tabletop games.

However, I can say that I was frustrated by some games already being impossible to add to my basket. Titles like the D&D alternative editions and HeroQuest were on my list, and I imagine it’s worse for card game collectors.

It’s not all retail gloom, though. In the UK it is Boxing Day, that’s traditionally a day of sales, and so you can find deals at places like Amazon and Audible, Etsy, Firebox and Audible.

Where Wayland Games might have sold out their pre-orders, there are alternatives like Zatu Games or BoardGame Guru.

Tabletop games 2022 pre-orders already selling out in the UK 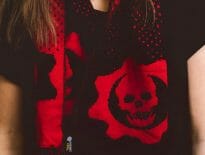 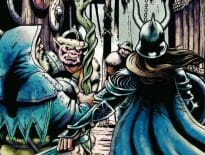