You are here: Home / TV / Anime / The Strongest Sage With the Weakest Crest dazzles with action in second trailer

Crunchyroll will stream The Strongest Sage With the Weakest Crest, which is an anime adaptation of Shinksohoto’s Amazon-darling manga. It airs in Japan on the 8th.

It’s a show about a magic warrior managing his own reincarnation. In the world, magic is modulated by crests. Mathias gets the one he wanted to become the most potent sage, except the rest of the world mistakenly considers that particular crest to be a disadvantage.

The theme tune here, which will usually play at the end of the anime, is sung by voice actress Yuki Nakashima. Nakashima doesn’t yet have a cast credit.

Amazon lists many issues of the light novel, and the second one offers some more and spoiler-free insight. The listing says;

In this manga adaptation of the popular light novel series, the world’s strongest sage will stop at nothing to get stronger… not even reincarnation! Once the worlds most powerful sage, reborn Matthias has gained the optimal crest for magical combat many thousands of years in the future. But with magical knowledge at an all-time low in this new era, no one recognises Matthias’s crest for what it is, and it will be an uphill battle for the twelve-year-old sage to prove his greatness to everyone! Fortunately, he’s well on his way, having enrolled at the Second Royal Academy as a scholarship student and begun his new school life with the lovely Lurie and Alma in tow!

Shikkaku Mon no Saikyō Kenja: The Ultimate Reincarnation, a free-to-play with in-game purchases, is an Android and iOS game that’ll accompany the anime. 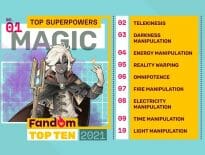 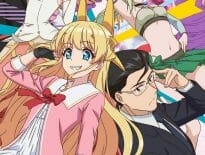