Fandango is listing Morbius for January 2022, with a ticket sign-up box and calling Jared Leto’s latest character one of Marvel’s most conflicted characters. In the UK, Cineworld has the same script.

The trailer shows a brief snippet of Matt Smith as Loxia Crown, Michael Keaton, and Tyrese Gibson as Simon Stroud, but it’s Jared Harris who acts as the counterpoint throughout.

The spin looks similar to Venom, with Sony not getting access to the same slate of characters as Marvel has and doing what they can with those names they are allowed to use.

Delayed by years due to the lockdown, there’s a Venom reference in the trailer. Is Michael Keaton playing his Vulture character? And what about the post-credit scene in Venom: Let There Be Carnage?

Crossover potentials aside, Sony has a superhero level challenge on their hands to build their Spider-man-related gallery of characters into something that works for fans and bankers alike. I, for one, like the look of the trailer and have high hopes. 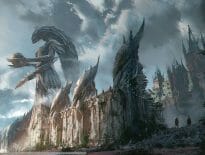 Tabletop & RPGs Free to Download: Path of the Planebreaker and Cit…