You are here: Home / Geek Stuff / Visualising the biggest on-screen fantasy battle of all time (so far)

Patrol Base sells Airsoft guns and will occasionally get involved in geeky projects as a clever way to remind the internet that they’re still there.

There, by the way, is Dale Street, Longwood, Huddersfield in the UK but due to the situation here, that physical space is closed. Use their online shop to support this small business instead.

I’ve been in paintball battles, and it gets pretty intense with just a few people. So when I got an email inviting me to guess what the biggest on-screen battle of all time was, I was curious.

Okay, so it’s that last clash between the First Order and the Resistance. I remember it being big but forget just how many people those Star Destroyers hold and that Sith Eternal collective had put together a fleet of them!

I was curious about the methodology behind getting to these totals. So, being cheeky, I asked. There’s no trick to it, just hard work and having a data specialist/researcher to help.

The figures come from fandom sites, which are usually pretty good, but in some cases, Patrol Base’s team actually talked to the visual companies such as Avengers Endgame. The weakest link is Buffy, a show the researcher had to go to the fan forums to a steer.

Kindly, I’ve been given a summary of the researcher’s notes – complete with sources.

Battle of Winterfell (Game of Thrones)

The Battle of the Pelennor Fields (Lord of the Rings)

Battle of the Five Armies (The Hobbit)

Battle in season 7 finale of Buffy the Vampire Slayer

The Battle of Hogwarts (Harry Potter) 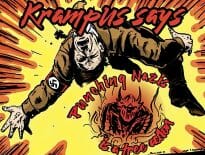 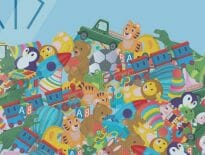