You are here: Home / Games / PC / Are we at the Oasis? Large scale VR MMOs

The Oasis is the alternative reality, a virtual world, that people escape to and perhaps become trapped in Ready Player One.

But are we close to getting large scale virtual reality (VR) worlds? Are we nearly there with VR MMOs yet? A look at Freeland VR is perhaps the best answer to that.

In short, yes, small teams are now Kickstarting their projects. Freeland has funded, and you can join in from the project page.

You can enter Freeland via VR or a PC, and a few early birds can get access in January.

The world lets you design your avatar, build property, take part in challenges and then perhaps the main crux of the project – a chance to meet people in a virtual space.

While the campaign has already been funded quickly, the campaign also details stretch goals that pile on the Euros. The team has ambition.

We will support all PC-VR headsets including (Htc Vive, Oculus Rift, Valve Index, Windows Mixed reality headsets (HP Reverb etc), Pimax) as well as Oculus(Meta) Quest 1 and 2, both connected to a PC and fully standalone with lower fidelity. We also want to support Playstation VR or Playstation VR 2, but can’t guarantee anything yet. We plan to release on Steam (VR and Desktop version) and Oculus(Meta) Store.

Can I get a VR headset this Christmas?

That’s unlikely, not at this time of the year. Hopefully, if you need one, someone has bought one for you!

Based on Amazon UK inventory levels;

There is a story to Freeland;

Eons ago the dark Lord Ventax and his great Horde were trapped into Deep Space by the Valiants led by Marmello the Son Of Littoras and Lord of the Guild Masters. Ventax is trapped in a prison of nothingness, the void of Deep Space, that dark abyss residing below our own plane of existence.

This joyous occasion was heralded with celebrations across the Galaxy. The Galaxy then became known as Freeland and for the first time her peoples were free from evil and free from darkness. For eons the people of Freeland have lived in harmony, basking in the beauty of the Galaxy in peace and prosperity. Until now.

A pledge of only €29 (about £25) puts backers on the Starter Package. That gets you a Founders Discord Role, your name in the credits, will reserve your username, an exclusive sci-fi outfit, and you get early access.

The limited €36 tier adds an exclusive starter pet, a large virtual slot of land, 100 build items, a crown, your name in silver in the game and early access.

At €60, you get a spaceship, a larger plot of virtual turf, a gold crown, an even more exclusive pet and more items to build. Your name is gold in the game, and thus you’ll be revealed as an early true believer.

And so the tiers increase until we hit €4,900 and we discover that the top colour is… purple. You have a planet, and you have access to the most elite parts of the world.

The delivery for their tiers is, basically, January 2022 because that’s when the next phase of early testing comes about. However, the game/world will be in development for years to come.

Are we at the Oasis? Large scale VR MMOs 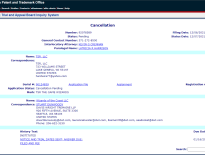 Geek Stuff Wizards of the Coast begin a legal counter-attack … 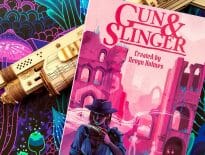