There’s a $20 Fairy Trails: Deluxe Edition as a PDF download, with hardcover premium and standard available if you have a little more cash.

Written by Luke Haer, Fairy Trails is a fast-paced game that’s Powered by the Apocalypse and in which you play fairies. The RPG has been funded by a successful Kickstarter, one which I described as Larks of carts because although you’re on the run, on a cart, banished from your home in the forest – you’re still a fairy, larking around, having fun and looking for a new home.

The game is about making friends, exploring magical courts and places and telling (their words) the “bestest fairy tales” you can.

Although I suppose, you could spin it more darkly and as refugee fae.

With this RPG, you’re a fairy travelling down a trail. It’s trails, not tales, or even the anime Fairy Tails. Yeah, I’m going to typo these all next year now.

The free version of Fairy Trails offers up rules for 13 types of fairies (aka Kith), 13 playbooks and an “extremely cooperative story creating system” with sized-based combat mechanics.

There are also maps, rules for rivals, magic, more magic, and a rerolling system that pushes your luck, which could produce extreme results and is called “Pucky’s Lottery”. 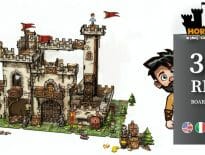 Tabletop & RPGs Hortven: King of Fortress is a massive 8 kilogram … 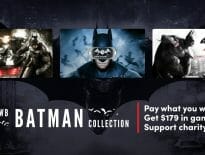