You are here: Home / Games / Tabletop & RPGs / The variant covers for the Marvel Multiverse RPG Playtest rulebook go on pre-order

It’s worth noting that we’re not talking about the Marvel Multiverse RPG here or the D616 system. We’re talking about a playtest that you have to buy.

In fact, Marvel is releasing multiple variants of the Marvel Multiverse RPG: Playtest with different covers. Some gamers might be a bit taken aback by this, but it’s standard for comic books and covers.

You can pre-order the default cover from Amazon.

The variants are going to specialist shops, and we’re seeing the first pre-orders opening up.

Forbidden Planet has the Momoko DM variant on pre-order, with a release date of the 30th of March.

The geeky retailer also has the Lubera DM variant on pre-order too, with the same release date.

Neither is expensive, both marked down to just £5.87 but with shipping to add and the usual disclaimer that in-store prices may vary.

Forbidden Planet’s description of the books, which likely comes straight from Marvel and used verbatim notes that rolling 6-1-6 on the 3d6 system makes something “fantastic” happen.

Play as an existing Marvel Super Hero, or create your own hero (or villain!) and build your own Marvel Multiverse saga with your friends. Characters will be built using stats such as Might, Agility, Resilience, Vigilance, Ego and Logic. Players: 2-6 (or more!) Three standard six-sided dice (3d6) needed for play. Gameplay will be governed by the all-new, all-different D616 system developed exclusively by Marvel!

The game is being written by Matt Forbeck, who gets a co-creation credit. 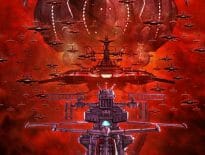 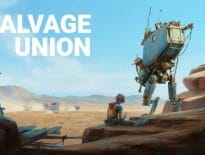