You are here: Home / Games / Tabletop & RPGs / Punch a space Nazi Killtrooper and enjoy it: A review of Rebel Scum

Rebel Scum is an RPG from 9th Level Games that uses the polymorph engine. It came to us via ZineQuest and is an antifascist space opera.

A few pages in, we meet the baddies, the Republik and are told;

I have called the REPUBLIK the REPUBLIK so that we can say, “I punch that Republikan in the face”. This is deliberate.

I must admit some frustration at that sentence. I still can’t settle with how Rebel Scum morphs from using “I” to “We” later on in the zine.

Oh? Punching Nazis in the face, making it very clear that in a hugely popular sci-fi flick that it’s the story of empathic and “woke” freedom fighters pushing against the authority of the fascists, the baddies, then I have no frustration at all.

Using “antifascist” rather than “Antifa” on the front cover was, I wouldn’t be surprised to discover, the only “We might want to dial this back in” compromise that Chris O’Neill and 9th Level made.

I think that by now, you’ll have a firm idea as to whether Rebel Scum appeals to you, but let us continue the review of the RPG anyway.

In polymorph, only the players roll dice. There are two dice roll types; action rolls (when the PCs are doing a thing) and save rolls (when things are happening to the PC).

Your character sheet will tell you whether you are rolling a d4, d6, d8 or d10 for the role. There are twists with each option, and you succeed if you roll a number that character has assigned to that action.

The system also has advantages and disadvantages.

I should say that I use the phrase character and character sheet here out of habit. Rebel Scum calls them Action Figures and Action Figure Cards because it’s playing with iconic action figures from a sci-fi war movie that inspired the game.

That same sci-fi movie set in the war in the stars also means Rebel Scum needs minimal flavour. You don’t need anything else, right? You know the film in question. You just need the light touch polymorph framework to get going, a shove in the right direction, and then you’re flying.

It’s a success. That’s what Rebel Scum does and does well.

Rebel Scum looks like a famous wars in the star sci-fi epic. It feels like both a tribute to it and a protest. It’s a protest that we’re once again having to fight fascists and that some fandoms have horribly toxic extremists.

If you’re still reading, then I think Rebel Scum will feel like home to you.

If these concepts make you think woke liberals are coming to take your games away and running everything, then Rebel Scum isn’t for you.

The o-card, by the way, is a great idea. Use it like an x-card but in reverse, touching, writing or saying it during the game to indicate when you liked the scene and fancy more of that sort of thing. It’s rare for GMs to get feedback like that mid-scene and surely advantageous for it to happen.

Rebel Scum is a slender book, too fat to be a booklet, that’s all black, decorated with faint stars and printed in white.

The text is large and easy to read, surprisingly so. I thank a robust Kickstarter for this, as I don’t think running out of space was ever a problem. Characters are shown in action figure packets, the art looks great, and Chris O’Neill also did the graphic design. Zane Graves did the illustrations.

Does Rebel Scum make it over the line from “want” to “need”?

I really wanted Rebel Scum. I wanted to support the project and say, “I’ve this RPG you should look at”, but I already have some polymorph RPGs. Did I need another?

The “want or need?” question is a paradox. No one ever truly needs an RPG. It’s not like water, food, heat or internet access – the basics of humanity. But, if I want to play a game in a certain way, using rules that enhance the atmosphere, gaining access to setting details that I could neither create on the fly nor in due time, then I might need to grow my collection of books one more time.

Rebel Scum’s strength is also its weakness. I already know it. I think of certain space operas with laser swords against Killtroopers, and I don’t really need any more setting information.

I remain undecided whether I needed Rebel Scum.

If I ever need to run or suggest a sci-fi good versus bad RPG one-shot space opera, then I’ll gladly reach for Rebel Scum.

I backed the game on Kickstarter, getting my softcover that way, but the PDF is currently available at DriveThruRPG for $14.99. If you want to punch a Killtrooper in the mug then I recommend it.

Punch a space Nazi Killtrooper and enjoy it: A review of Rebel Scum 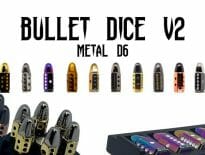 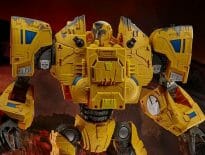