I’ll be buying Shawn Langely’s signed and illustrated 2022 calendar. There are a few left on the artist’s sho. We’ve Cthulhu, Mothman and even zombie Bob Ross. Or would be; if shipping to the UK wasn’t more expensive than the calendar itself.

I think the deluxe version is too rich for me, but there are signed artworks available from the calendar at a lower cost.

Shawn Langley is an indie comic book and horror illustrator based in Racine, in the States. They’ve worked for Upper Deck and Marvel before.

Fans support the artist via a Patreon community, from only $1 a month. It’s a deal that gives an ongoing Etsy discount from Shawn’s store.

You might know some of the comics Langley’s art has appeared in. The Rejected: The Unwilling from Source Point Press has Shawn on the front page.

Abigail struggles to get through her every day life as a single woman in a small town. She can only imagine how difficult it will be now that she is pregnant and will soon be a single mother. Hopeless and alone, with nowhere to run or hide, she weeps… Though she wasn’t truly alone at all. In the shadows, her cries are heard and answered, but not the way she had intended. As always, Mr. Teeth, with open arms and a toothy grin, is waiting in the shadows with his band of misfits, The Rejected.

A dark take on a familiar myth sees the alien freedom fighter Rykaal banished from his home-world for inciting a revolution. Jettisoned through space, Rykaal finds his way to Earth, but all is not as it seems… 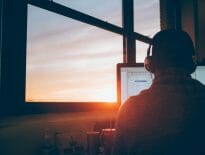 Geek Stuff The psychology of cheating: Computer games with th… 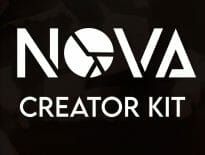