You are here: Home / TV / Anime / Utawarerumono: Mask of Truth moves from PS 4 and Vita back to the TV screen with anime release

Utawarerumono: Mask of Truth is the latest anime conversion and the last from Aquaplus’ adult computer roleplaying game series.

Chaos has taken hold of the land in Mask of Truth as a conniving general has unlawfully seized the throne of the mighty Yamato Empire. The only ones that stand in his way are a couple of familiar faces who must rally different kingdoms together and fight against the powerful Imperial army. An 80+ hours long visual novel/SRPG experience awaits as you’ll get close with a new cast of colorful characters, fight in numerous exciting engagements with an enhanced battle system, explore intriguing new lands, and more.

The original is on Funimation who describe it as;

After mysterious Hakuoro was left for dead, a girl named Eluluu nursed him back to health. He was welcomed into a barren land of strange creatures, where an angry god seeks vengeance and an oppressive government slaughters the innocent. With a bloody war looming on the horizon, will the masked hero liberate the people who saved him and unlock his elusive memories?

Previously, Funimation and Crunchyroll fought over the anime, but now, perhaps that won’t happen since they’re both in the same family now.

There’s some time for the streaming platforms to work an approach out with the studio as Utawarerumono is only slated for a July 2022 release in Japan.

Utawarerumono: Mask of Truth moves from PS 4 and Vita back to the TV screen with anime release 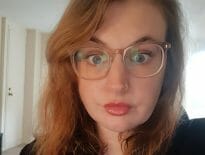 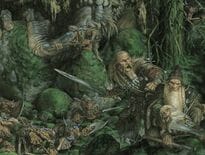