Robots, vampires and assassins sent by shady government agencies are the sorts of highlights that appear on Geek Native’s anime trailer collection.

Why? They make for good trailers, especially if you don’t speak Japanese, and the witty banter of a slice of life trailer is doomed to sparkle into oblivion.

I doubt there are any mecha in Slow Loop, but I think the chillax vibe that the show appears to be going for comes through the trailer. Aaand relax.

The TV series is adapted from the manga by Maiko Uchino. It’s the story of two young women, newly made step-sisters, who find they can get to know one another through the common interest of fishing.

Hiyori Minagi becomes a younger sister when her mother remarries. It’s been years since her father’s death, but it was his hobby of fly fishing that the two sisters bond over.

I’ve only a limited interest in slice of life animes and no interest in fishing, and yet I am oddly curious about Slow Loop. Go figure. Or should that be; go fish?

Slow Loop is due out on various channels in Japan on January 7th. 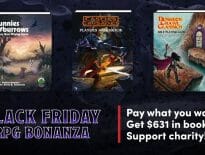 Tabletop & RPGs Bonanza: Nearly £500 worth of RPGs for less than … 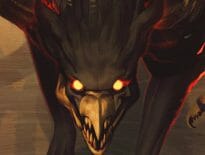