ImagineHero is a card game for kids or anyone aged over 8 and is described as Pokemon for mental health.

That’s the say Cards for Calm use well-evidenced and therapeutic approaches used in cognitive behavioural therapy in the game. The project also lets you donate decks to kids in foster care, although there’s a United States of America focus. You can check out the crowdfunding project on Kickstarter.

It’s a turn-based battle for one to four players and can be used by parents, teachers and therapists with kids as a tool. Cards for Calm have been running projects like this since 2016 and have sold over 19,000 decks.

A pledge of $5 gets you a digital deck or one donated to a child in care.

Pledging $15 is enough for a physical copy of the game, shipping anywhere in the world, for you. At $20, you get one, and a second copy is donated.

At $25, you’ll get two copies and this suits teachers or other people with plenty of kids to guide, distract or entertain. Beyond this level, international shipping isn’t supported, and ImagineHero is restricted to the US only.

The pledges go up to $90, which is enough for 12 decks and likely best suiting a large retailer.

Fulfilment is expected in February next year. 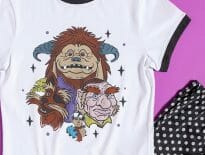 Geek Stuff Labyrinth: Bedtime with Hoggle and the worm 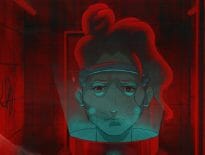