You are here: Home / Games / Tabletop & RPGs / Try Another: A Review of The Accelerated Book of Approaches 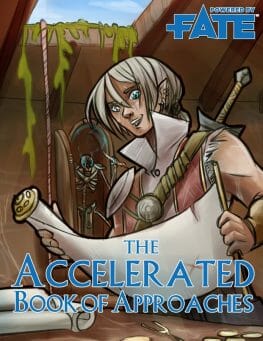 The Fate Core system provides an incredibly flexible platform for running games of any genre. Indeed, this flexibility makes Fate more of a gaming tool-kit than a system, as you can shape it to meet your needs – narrowing for simplicity or expanding for crunchy complexity as you and your gaming group see fit.

Fate approaches most facets of character definition in ways you can scale up or down, like pushing a sliding control. One of these, Skills, defaults to a fair list of specifics – lie Deceive, Fight, Provoke and Stealth – but can be focussed, skewed, or whittled down to almost nothing. Need to run a procedural law enforcement game – perhaps you’ll want more science and investigation coverage. How about a game all amount warring magicians – then fields of sorcerous study might be in order.

Fate Accelerated Edition (FAE) – a much simplified version of the Fate Core game – opts for describing ‘how’ you do things rather than what you do. Everyone Fights, but do you fight Quick or Sneaky? When you inspect a piece of evidence, will you be Clever about the origins and construction of it, or Careful about the way you inspect every fibre and detail?

Fate Accelerated deals with the whole business of Approaches in a half page of definitions, and they make a brief appearance as a way of handling Skills in the Fate System Toolkit. The Accelerated Book of Approaches looks at them in more detail – and considers other pathways to emulating styles and games with a narrow Skill selection.

Form
The Accelerated Book of Approaches is a PDF of 19-pages, written by Mark Meredith and published under the banner of Dice Monkey Games. The slim volume features a single column of text throughout and a scattering of artwork, including a nice cover image of an excited adventurer distracted from imminent danger by the discovery of a scroll.

The overall presentation is simple, clean and readable, with clear headings. While 19-pages in length, the Open Gaming Licence consumes three, while cover and credits consume two more.

Features
The book breaks down into three sections – The Six Classic Approaches, Attribute Approaches, and Skill Approaches. The introduction briefly explains how the author had planned to put together their own game before Fate Accelerated Edition came out, but on seeing it found it filled the same niche they planned to aim for. Rather than continue, Mark has looked to make use of FAE, and this supplement considers Approaches and their use of emulating your favoured game.

The Six Classic Approaches reads, to me, like an ideal players’ guide to Approaches. It quotes the brief description from the FAE book and then describes them in greater detail, considering how they affect the character. The strongest Approach describes the Stance your character will tend to take in any given situation, colouring both their preferences and their weaknesses.

Each section considers how the Approach might work in a situation, where the characters seek to acquire a forbidden book from a library, and posits familiar characters from fiction that represents archetypes of that Approach.

Attribute Approaches and Skill Approaches distance themselves somewhat from the original remit of the Approach, as a ‘how’ of your actions. In many ways, these sections consider simply how you can use a very narrow list of characteristics to define your character.

Attribute Approaches considers how you might emulate other games with FAE. The section covers examples of D20 OGL, D6, and Mongoose Traveller. Those who have purchased other Fate products might have seen this sort of thing before – like the D20-style used in Green Ronin’s Fate Freeport Companion.

Skill Approaches goes a step further and suggests how you might focus by genre. In this respect, the Approaches become a ‘How you solve a problem’, which brings them firmly back into the territory of Skills. The focus makes for a very tight range of talents appropriate to the style of fiction – like action, wizardry, or space opera.

Final Thoughts
The value you find in The Accelerated Book of Approaches comes down to how much experience you and your players have with Fate. Key to the mention of value is that the supplement, at time of writer, costs less than a dollar – so, your perspective on value may vary.

If you already have the Fate System Toolkit or one of several supplements dealing with other worlds of adventure, you might find the information here already well covered. Admittedly, the Fate System Toolkit only mentions Approaches in passing – but, as a part of the Skill slider, handling a differing scale of attributes gets plenty of coverage. The Accelerated Book of Approaches offers a few ideas, but you might have considered something like this already.

I believe that The Accelerated Book of Approaches might have filled many more pages and provided many more ideas. As is, it effectively provide a little more focus on Approaches as a flavour for your roleplaying and emulating other games to lure new players across from their comfort zone.

Try Another: A Review of The Accelerated Book of Approaches 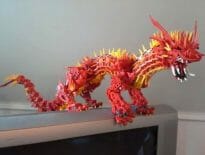 Geek Stuff A LEGO masterclass with the fiery Blastous Dragon… 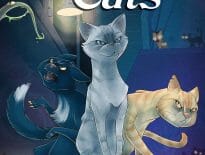