This is Audio EXP for the 6th of November 2021, and the title of this episode is “Doom, gloom and Christmas”

[The following is a transcript of Audio EXP: #121]

I haven’t yet told them it’s the start of the month and the draw is still fresh. I’m still catching up, so I will tell them soon. Yes, dear listener, I’m always catching up.

Where does the time go? How is it Christmas already?

That’s right, the title of this podcast mentions Christmas. It’s gone Halloween, gone Guy Fawkes Night, and so the next big event is Christmas.

It’s not really Christmas, not for weeks, but I’m shopping for it already. That feels like a Brexit requirement in 2021, sorry to say.

I’ve been getting promotional emails about it for weeks too, but I shall not grumble. I’m enjoying blogging about advent calendars and Christmas sweaters. I’ve bought a Warhammer 40K one and have just blogged some Lord of the Rings ones.

Gandalf facing a Balrog is one of the designs. It’s a sweater with a fire pattern on it. That should be level 5 cheesy, but I’m sorely tempted.

I think this week has had plenty of shopping suggestions on the blog, which cuts into the room for the sort of news that makes the podcast edit.

There’s doom – in the shape of the corruption of the One Ring. Not a sweater in this case, but the second edition of the tabletop RPG that Free League has now released in PDF to Kickstarter backers.

Let’s look at both, but let’s loop back to the RPG Publisher Spotlight as Patreons has five new game makers to vote for. We can also ask ourselves; can games sometimes be more effective than school?

The five new publishers that patrons can vote for are;

Remember, if you’re a podcast supporter via Patreon you can also suggest publishers, game designers, illustrators and similar for the vote. Just drop me a note.

If there are not enough nominations, I turn to recently active publishers on Itch and DriveThruRPG; I’ve found that’s a good way to boost the chances of scoring a Q&A interview with them. I also very much lean towards publishers with a means to contact them!

And what about that poll? If building a shortlist of recently active game makers is a good way to score an email interview, is actually playing games an effective way to boost your education?

Well, the value of school is without question. Certainly, the benefit and wisdom of having a trained or attentive teacher can’t be doubted.

The question Geek Native asked was a bit more precise. It was Can games sometimes be more effective at teaching than school?

The answer, according to readers, is a resounding Yes. Nearly 90% of people thought so.

I also asked whether people taking part in the poll considered themselves to be a geek or not. It made no difference. Broadly speaking, 90% of people thought games could be a great way for people to learn.

I do. I’m sure I’ve learned essential lessons about teamwork and critical thinking from games.

A meaningful life lesson I’ve never been too severely burnt by is don’t play with fire.

It’s no surprise that naked flames aren’t a big part of tabletop RPGs! They’re essential in Gloom, though.

This Name Your Own Price RPG from Paradox Press Games uses tealights as countdowns to the end of the game. If the candles go out and darkness invades the gaming space, the characters have lost, and the ancient shadow they accidentally awoke wins.

Gloom is an RPG that uses tarot cards to provide some sort of random and prompted storytelling instead of dice. It’s an increasingly common approach and probably why I’ve crumbled and backed a Kickstarter project for a deck.

Tarot seems especially popular among the indie designers at the Itch.io community.

Free League Publishing are now a powerhouse. The debate “are they indie” isn’t one that I want to get into, but I will say that in RPG terms, Free League are big and successful.

They’ve also released the PDF edition of The One Ring second edition to Kickstarter backers.

I wrote up a review for Geek Native, and the summary is; I like it.

It feels like adventures in Middle-earth rather than long roads and dragons. The One Ring 1e managed this, and it’s the same design team back again, so I’m not surprised by the success of the second edition.

I especially like how conditions change how dice are read. The rule system is straightforward, with two types of dice rolled to see whether success happens and, if it does, how much of a success it is.

However, what you read from those dice is dependant on the state your character is in. It feels more thematic than applying county modifiers to tables.

I admit, though, I’m a bit apprehensive about the arrival of the physical books. I think I backed that high. Why? Well, there’s a lot of black and white line art. It won me over in the digital edition, and I think it will be on paper, but I need to see it to be sure.

Ah well, that’s a change from the first edition, and not all change is bad.

Speaking of change, Adam Lee has made a change. Lee was the Creative Lead at Wizards of the Coast. He started out at Magic: The Gathering but then moved into D&D. Some of the ExtraLife best-selling adventures from D&D, such as Domains of Delight, were written by Adam.

But he’s left. Adam Lee is no longer a Wizards of the Coast employee.

I’ll keep my eyes open and see if he pops elsewhere in the tabletop space.

Another separation story from this week is Iello and Iello. I think I’m pronouncing that right. They’re a French board game company with the first two letters, an I and an E.

French-Iello, the parent company, no longer wants anything to do with Iello North America. They won’t say why but there’s some smoke around the controversial owner of that LLC. The guy had previously been expelled from Gen Con over an incident, and I can see why that might cause people to reconsider associations, but that’s pure speculation.

But, enough of separation stories, let’s talk about hook-ups instead! So to speak.

SideQuest launched this week. That’s a hashtag and site for RPG zine crowdfunding projects to coordinate on.

So, if you’re looking for an RPG Zine to support, then look for the hashtag or visit SideQuest. It’s a broader net than just Kickstarter. It’s also helpful if you’re running your own crowdfunding project for your own Zine and want to tap into the Zine supporting audience.

There’s plenty of bundles, competitions and other retail-based news to outro on. That time of year isn’t it!

There’s some 11,000 words available at the Bundle of Holding in the Traveller Imperium Tour.

It’s been busy at Humble Bundle. ProFantasy, the cartography software, has a Maps Bonanza running with DLC of expansions and a year support for the main program.

There’s also some 120 minis to put on printed maps in the Dungeons & Monsters deal. These are 3d design files for printers, not the minis themselves, of course. The boom in 3d printing will absolutely be one of the 2021 developments if we look back at the year, wouldn’t it?

That’s not all; D&D Beyond’s owner’s Fandom threw their computer game site Fanatical a birthday bash. Some 2,000 triple-A computer games are available at temptingly low price points and free gifts with purchases of about ten bucks.

Lastly, Geek Native is giving away a copy of Doctor Who: Missy. That’s the first volume of the comic book series with that other Time Lord as the main character. Pop over the blog to take part.

On that note, let’s wrap there. Keep safe, travel in time, and I’ll see you next week. 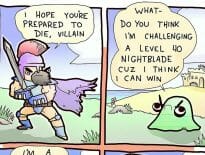 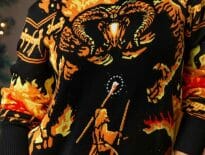