Icon of Death is the sixth in the Tales of Red Ruin from Red Ruin Publishing.

The solo Dragon Warriors adventure is by David Donachie and is free to download.

Created under the auspices of Serpent King Games’ fan policy, the company that own Dragon Warriors these days, the adventure uses material based on the game’s setting but isn’t official.

Marshall Vallin bids you take on a dangerous mission, one that entrusts you to deliver a mysterious package. The fate of the Principalities hinges on this mission. Just how much danger you will encounter, well, that remains to be seen.

Dragon Warriors, the first regular campaign this ageing blogger took part in, was published by David Morris and Oliver Johnson in 1985. The fantasy series came in six softback books. It ran until 2010, first by Corgi Books and then republished by Mongoose in hardback until Serpent King Games took it over.

Donachie, who also illustrated the gamebook, recommends characters at the 3rd or 4th rank.

The first adventure in the series, written by James Healey and Simon Barns, was published earlier this year and is The Village of Frogton. 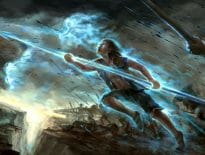 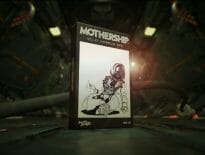