You are here: Home / Games / Tabletop & RPGs / Five years on, the Cthulhu Hack RPG returns for your soul, cash and a second edition

The award-winning Cthulhu Hack is back on Kickstarter. It’s been five years since the award-winning RPG came out, mixing simple rules with dreadful fate, and now there’s a project to fund a second edition.

At the time of writing, there are more than three weeks left to fund the book, and the campaign goal has been met. £7,500 was asked for, and more than £15,000 has been pledged. You can see the latest total and join in from the campaign page.

Cthulhu Hack 2e adds more for investigators with expanded archetypes like Performers and Sleuths to get involved in the game’s deadly mysteries. There’s an expanded GM Guide to beef up the toolset people running the game have and more mythos in the shape of monsters and avatars to populate the shadows.

The second edition of the Cthulhu Hack as a campaign framework, a Dark Universe, to help frame ideas and run games. There are also new rules.

If successful, the new Cthulhu Hack will fund a 112-page A5 in either soft or hardcover. The original Save Innsmouth: Part 0 adventure will also get an update.

A limited in number special edition is also available, but running out.

Like the original edition of Cthulhu Hack, players assume the roles of investigators exposed to the cosmic horror of a universe far beyond their comprehension. They seek to uncover the secrets of this eldritch Yog-Sothothery in search of some glimmer of hope for humanity. Ill-prepared and exposed to unthinkable horrors, the investigators strive to undermine and confound those who would seek to summon their dark masters from the trackless void and speed Earth’s destruction.

A PDF edition of the Cthulhu Hack 2e is included for rewards at a £7 pledge, with some stretch goals.

Then, at £13 and with shipping to be added later, the softcover copy of the book is added.

Backers looking for the hardcover need to step up to £25 with their financial support for the campaign.

Limited numbers start at £45, adding the Standard Edition Game Roll, and finish at £60 for the limited edition Kickstarter Exclusive special.

Fulfilment, managed by All Rolled Up’s tried and tested in-house system, is expected in July 2022.

Disclaimer: Geek Native is not involved with this project, but the designer Paul Baldowski has previously written for the blog.

Five years on, the Cthulhu Hack RPG returns for your soul, cash and a second edition 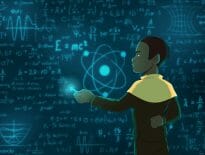 Geek Stuff Can games sometimes be more effective at teaching … 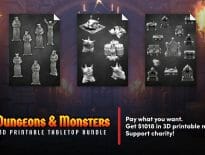