You are here: Home / Games / Tabletop & RPGs / Defenders of the New Century return to Kickstarter: Superpowers and Eldritch Gates

Lewis Johnson’s Defenders of the New Century is a post-war tabletop RPG where the island nation finds efforts to rebuild transformed by two dramatic developments.

Gates to places unknown but genuine danger begin to open over the surrounding seas. At the same time, outstanding people develop superpowers. Can one offset the other, or is something else going on? The project has three weeks left to run on Kickstarter and is about a third of the way to the £10,000 campaign goal.

There’s a kaiju theme here too, it’s towering monsters that sometimes come through the Gates. Always, though, the superheroes (known as Contractors) hear the call of the Gates, like a whisper to come home.

Defenders of the New Century is a classless system to maximise player expression. In other words, help players come up with exciting character ideas and then make them work.

The world mixes science and the supernatural, which results in a scientific magic system in the rules.

This is then topped off with the Contract, a unique, fantastical power that is created by the player, and then balanced by the GM. The Contract is named so because for every power, there is a unique price that must be paid.

The full rules are a £19 tier. That’s the complete Defenders of the New Century PDF.

Early birds get that and a physical copy, with shipping and fees to pay for £49. After that, the physical edition, which comes with the PDF, will set you back £59 as a supporter.

There are higher tiers for art and games, but the expected delivery remains in March 2022.

Defenders of the New Century return to Kickstarter: Superpowers and Eldritch Gates 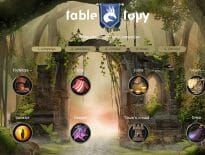 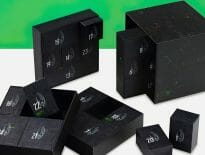 Geek Stuff A Cube of Christmas Borg!
wpDiscuzComment Author Info
Manage Cookie Consent
This site uses cookies 🍪, and links are ads that may earn bloggers some money 💰, and with this alert, I very much hope that these dark truths 🧌 are acknowledged.
Manage options Manage services Manage vendors Read more about these purposes
Preferences
{title} {title} {title}
Loading Comments...