A Kickstarter for Traveler’s Ironsworn: Deluxe Edition has two weeks left to run and is healthy beyond the funding target. The campaign enhances the PDF edition with a mobile version and produces physical colour-coded reference cards.

The independent product from Terribly Beautiful Games provides everything you need to play Ironsworn (and you still need to get Ironsworn). It’s a game that does exceptionally well with solo-play, although it can still be used as a traditional tabletop RPG. You can join in, find out more from the crowdfunding page.

You can colour print and cut that into cards yourself, and there are instructions, but this Kickstarter takes it to a more professional output level.

The physical cards are coloured for easy reference and provide moves from Ironsworn and Ironsworn: Delve and five more coracle and two rules cards.

Here’s a video of the quality and note there’s no soundtrack, just the flick of cardboard.

Backers who help with $8 are rewarded with the original DIY PDF version, the new mobile enhanced one, and all digital stretch goals.

At $30, backers get the deluxe edition of physical cards plus all the digital core rewards and all stretch targets.

There’s also a Patreon for supporters, and a $40 tier for them (although anyone can back) which gets your name added to the back of an art can and buys community copies.

Interestingly, there’s a “no-drama vow”, inspired by Shawn Tomkin’s own, the designer of Ironsworn, which promises no more than one backer update per month. It doesn’t go as far as to promise not to use sign-ups for this Kickstarter to help promote the next. One to consider for future pledges.

The cards are expected to ship in April 2022.

Solo RPGing gets a boost with Traveler’s Ironsworn: Deluxe Edition 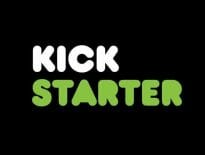 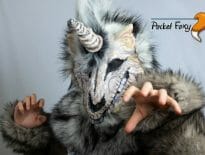