Adam Bradford (@BadEyeAdam) is currently best known to RPG fans as the guy who founded D&D Beyond. D&D Beyond, owned by Fandom, has the license to manage the official D&D digital assets. You buy digital copies of the books there.

He left recently, along with some other big names in what we’re told are unrelated moves. Now, though, we know where he went. Adam has joined Demiplane. That’s a site for finding games to play or gamers for your game, and it caters to free and paid-for campaigns.

He’ll be the Chief Development Officer, which means he’ll make the product better and on the community. In other words, it’s Adam’s job to lure gamers in by making sure Demiplane offers what we need.

Demiplane isn’t a virtual table competitor to Astral or Roll20 and nor it a competitor to a marketplace like D&D Beyond or DriveThruRPG. It joins sites like Mindflayer.io and Crawlr as a virtual match-maker.

It’s free to create an account, and the onboarding system asks a few questions to help determine what sort of game you might enjoy. New recruits to Demiplane use sliders to indicate their desire for combat or puzzles, homebrew or not.

Once you’re in the system, you can see which games people are offering to run and which platform they use, which might be Roll20, Google, Discord or an alternative. Demiplane does have a Discord of its own with about 1,000 members.

We’ve been fans of Adam’s work for years. He has such a deep passion for the industry. We’re excited to have him on our team as we carry out our mission of elevating the digital layer of tabletop gaming.”

Frederick is a name that sportsball fans might well know, having been part of the NFL’s Dallas Cowboys as captain.

Adam’s both a catalyst in the tabletop roleplaying space and a genuinely great person to be around. His passion for storytelling and unique personal experiences as a player, Game Master, product leader, and community builder make him a perfect addition to the Demiplane team. 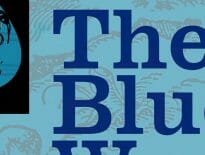 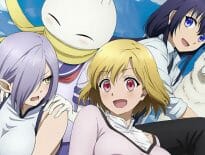