Tarot cards help you turn the real world into a game to tackle one mission at a time. It funded in moments, trashing the $10,000 campaign goal, scoring a “Project We Love”, and you can see why on the pitch page.

Missions in Nine Arches include things like campaigns, biking, reuniting with connections. It’s more real-life grounded than a LARP, say, but it does turn life into an adventure.

Or, as one playtester said, “The Tarot meets Truth or Dare”.

The game kit contains gold foil Tarot cards and a tin box to keep them in since Nine Arches encourages you off out of the chair and out into the weather. There’s a guide for playing an Archer, with the etiquette and traditions that come with that.

Nine Arches is a game like no other that inspires players of all ages to escape screens, break routines, and bring extraordinary experiences to life.

Created by a New York Times bestselling author 👋 and a veteran game designer from Fortnite 👋 this new choose-your-own adventure game requires no batteries or a wifi connection. Your only limit is your imagination, and your board is the world.

All but the top tier are limited and selling fast.

A pledge of $59 gets you the VIP beginner box, as described, with an Archer pin. These boxes will be on sale later, for nearly twice the price.

$82 is enough to add in the card mat aka a banana as well as an Archer hat.

Then, with a big step up, $182 for the limited edition box plus the previous rewards.

The only tier that won’t sell out is $177 for three sets of the basics. 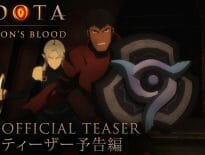 Anime Netflix and Valve will release book 2 of DOTA: Dra… 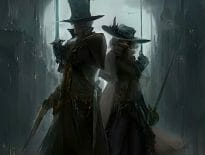