Robotech: Homefront is an expansion for the tabletop RPG of Robotech: The Macross Saga covering The Masters, ASC, UEEF and INVID.

The Kickstarter project funding the RPG’s first supplement has smashed funding goals and wasn’t given very long to do so. At the time of writing, there are barely more than 10 days to get involved. You can leap in at the pitch page.

As the campaign is safely past the funding line, we can expect a 275-page book with content from the two “The Masters” and “New Generation” sagas.

However, backers will have to decide which variant of the books they want! Scott’s Cyclone, Dana’s Armor, or the Limited Edition Gold Foil Leatherette.

It’s also worth keeping in mind that you do need the core rules for this game, but, good news, you can grab those as an add-on.

The new rules in the book add in new races, even different evolutionary states of Invids (up to Royalty and Simulagent), careers, skills, talents, conflicts and some optional extras.

As well as the core rules, add-ons include the official dice set and GM screen. Especially for Homefront, there’s the Hannibal Module, pin set and a new dice set. The art has not yet been revealed for the mathrocks.

A digital copy of the expansion is available for backers at $20. That’s enough to access add-ons as well.

The next rewards tiers are $60, which adds a Scott Cover or Dana Cover hardback.

The limited-edition (only 100) Gold Foil covers are reserved for backers who hit $90.

There are higher tiers, including many retailer options. The tiers are spread across June and July for delivery. 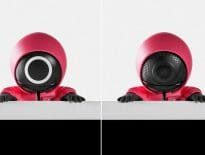 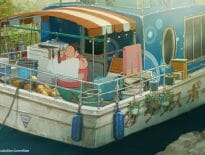 Anime Not ordinary at all: A review of Fortune Favors La…
wpDiscuzComment Author Info
Manage Cookie Consent
This site uses cookies 🍪, and links are ads that may earn bloggers some money 💰, and with this alert, I very much hope that these dark truths 🧌 are acknowledged.
Manage options Manage services Manage vendors Read more about these purposes
Preferences
{title} {title} {title}
Loading Comments...