You are here: Home / TV / Anime / Not ordinary at all: A review of Fortune Favors Lady Nikuko

Fortune Favors Lady Nikuko won the Judge’s Award at Scotland Loves Anime and is about a young teen coming to grips with life with her unusual mother.

The 120-minute feature-length wasn’t picked by the Audience. We went for the musical Terminator mashup of Sing a Bit of Harmony.

That’s quite a contrast of plots. So, is Fortune Favors Lady Nikuko pretentious culture vulture bait?

No! Not at all. It’s a load of fun and entirely relatable.

There are two main characters; Kikuko, the 11-year-old daughter approaching puberty, trying to make the right decisions and making some brave ones.

Kikuko is brave enough to put doing right be strangers ahead of doing wrong for friends, but she doesn’t always get everything right. She’s also embarrassed by her mum, at times, at least.

Nikuko is a mother who makes terrible decisions, but like her daughter, means well. She overeats too often, and while the official sub-titles never say “Totoro”, it’s said several times and the visual homages are even easier to spot. It’s expected that any UK import for retail will have different subtitles and not shy away from the mention.

In particular, Nikuko can be counted on falling for the wrong guy.

They live together on a boat, work several jobs, and rely on neighbours’ good graces who provide some of those jobs and space.

Nikuko’s motto is “Being ordinary is best of all!” No doubt, her colourful life has helped her reach this conclusion.

It’s a shame, then, that she’s harbouring a secret from her Kikuko.

It’s not a trigger warning, but if you know you’re going to be taken outside your comfort zone by an 11-year-old struggling with her own identity to have body issues herself and for her overweight mother, then some of the shine will come off Fortune Favors Lady Nikuko for you.

The overwhelming feeling I got from Lady Nikuko was one of optimism. More than that, defiant optimism.

Life can be mean, but you don’t need to be.

Life can knock you down, but you can get back up.

I think the expression is “fortune favours the brave”, and mother Nikuko is brave. Despite it all, I think she’s a winner too.

The animation style reflects this. It bravely leans into the surreal at times (including talking shrines) with visuals that are neither toony nor trying to be realistic. I imagine a single cell from the feature-length will shout “arty anime!” at you. In a good way and I’ll try and illustrate this review with some examples.

The story, though, isn’t all triumph. There’s been plenty of hardship, and it’s planted a dangerous seed. The two women who so charmingly command our attention have some tough decisions to make.

If you don’t trust Nikuko to make the brave one, whether it’s in her best interests or not, then you’ve not been paying attention.

But what about Kikuko? We’ve seen how mature the 11-year-old can be because she needs to be, but what about when it really matters?

If you get the chance to watch Fortune Favors Lady Nikuko, grab it with both hands.

I’m not always a fan of slice of life shows because my attention drifts, but Nikuko held mine. It doesn’t matter what your prefered genre is, I suspect, you’ll still find welcome empathy and escapism on this cluttered tiny houseboat.

Not ordinary at all: A review of Fortune Favors Lady Nikuko 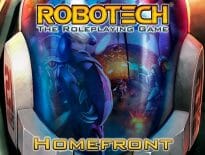 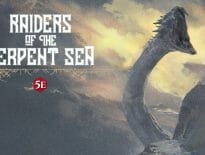 Tabletop & RPGs What next for Raiders of the Serpent Sea, the 5e s…
wpDiscuzComment Author Info