Moonlight Maps has a charismatic and funny Kickstarter pitch video and a product that speaks for itself.

Now funded, Atlas is a set of battle maps for your tabletop that use static to keep tokens in place and look great. There’s a digital version as well as extra 5e content compatible with Heliana’s Guide to Monster Hunting.

There’s now over 1,000 backers and plenty of time on the clock. There are over three weeks to get involved, which you can do from the project page.

There will be two books; Dust and Twilight, one that unfolds 25×25 inch maps, the other 18×22. The maps are double-sided with a unique variant on the flip side, such as the night or destruction versions.

As you’d expect, you can write and wipe clean with dry-erase and stick on transparencies using static cling.

Also up for grabs are encounter decks, two again; combat and mystery. The idea here is that you can run a scene without any prep. You have got the setting with the map and a distraction with the encounter cards.

Effortless Narrative. Enjoy curating an effortless narrative: draw from 80 original encounters and give your players exciting, mysterious, and challenging experiences, balanced across all 20 levels. No preparation needed!

The cards are geared towards 5e and, specifically, Heliana’s Guide to Monster Hunting which will have an index linking to recommended ATLAS maps.

The solo tier reward for backers kicks in at £30, which gives the choice of either Dusk or Twilight maps. Shipping isn’t included, but stretch goals are.

Digital is more expensive. It starts at £40, but that gets you both map atlases and both encounter decks.

If you want both hardcovers, pledge £55. £80 if you want the decks too, and at this tier, you also get the reusable sticker sheets.

There are retailer tiers and a deluxe one for dice and pins.

Delivery is expected in October 2022 for most tiers, except, slightly strangely, the £80 one, which is slated for September. 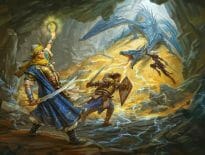 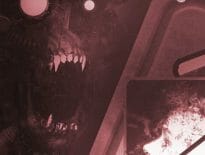