You are here: Home / Games / Tabletop & RPGs / Knights of the Round: Academy – an anime RPG from the design team who’ll turn to Cowboy Bebop next

There’s a Cowboy Bebop RPG coming, many people are involved, but the design team are the same people behind Fumble GDR. Fumble GDR has a Kickstarter for a shonen anime that’s live right now and doing well.

Knights of the Round: Academy is about mecha and school drama. You know, anime. Fumble GDR wanted €8,000 to fund the tabletop game, and with two weeks left, they’ve over €33,000 in pledges. You can join in, find out more or just see the latest total on the project page.

The narrative-based TTRPG is inspired by shonen anime. The genre tends to be aimed at teens males, features action and adventure with male characters and camaraderie.

JRPGs, Japanese RPGs, are also an inspiration. I’m no expert on those but have noticed how they sometimes tend to play down combat and innovate dramatically into surprising areas.

The Italian version, which is the native language for Fumble GDR, is done. The studio is working on the English version. There’s enough material for a free to download quick start, which is nearly 100 pages long and looks incredible.

The setting is inspired by Arthurian Legends but set on Brit’an, which is a planet at war. Characters are drawn from seven Lineages.

A pledge of €20 will get you the digital core rules and associated stretch goals.

Stepping up to €40, with shipping to find later, gets you the hardback as well.

However, the custom dice that the game uses are only included as rewards for backers at the €60 tier. That’s about £52.

A deluxe box for the came is added at the €80 tier.

Delivery is slated for April 2022, by which time we should be in mad Cowboy Bebop hype.

Knights of the Round: Academy – an anime RPG from the design team who’ll turn to Cowboy Bebop next 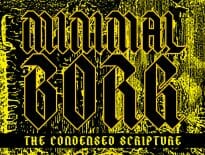 Tabletop & RPGs Name Your Own Price: MINIMAL BORG is an alternativ… 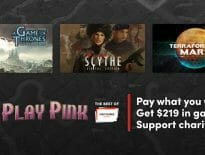