Odyssey of the Dragonlords won’t be the only D&D 5e adventure setting from James Ohlen’s Arcanum Worlds Raiders of the Serpent Sea, for 5e, is coming.

As the Kickstarter page for Raiders of the Serpent Sea points out, the Norse mythology campaign is from the lead designer of Dragon Age: Origins & Neverwinter Nights.

The Arcanum Worlds website also mentions Bioware titles Star Wars and Baldur’s Gate on Ohlen’s profile. Just this week, Wizards of the Coast released a new D&D book called Minsc and Boo’s Journal of Villainy which was written by James.

All this is slightly surprising as, even as Odyssey of the Dragonlords was fresh, WotC hired James Ohlen for their new game studio and said it wouldn’t be D&D.

However, it now seems like Arcanum Worlds continued to work on 5e projects. Modiphius are on board to help out, and the free Player’s Guide.

The setting is called the World of Grimnir, with cursed gods of the Stone Court, wealthy kingdoms, sacrifice and raiders.

In the Player’s Guide, there are new class archetypes, new races with rules for Wicker and Tallfolk. There’s also Glory! That’s a new rule system to boast and overwhelm opponents. 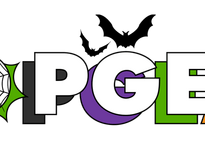 Geek Stuff Popgear launches into a pop-culture Halloween with… 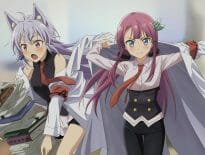