On the 11th, Funimation will stream Rumble Garanndoll even as the alternative dimension invaders attack Japan.

The latest trailer for the show gives us a taste of the opening theme, “Fever Dreamer”, performed by Mia Regina.

The series picks up 10 years after the successful invasion by an alternative version of Japan of Japan and when geek stuff has been banned.

It’s hard to kill of Otaku spirit, though, and a secret underground movement exists. These defenders, the Arahabaki, are now part of the movement to liberate the dimension from the invaders. 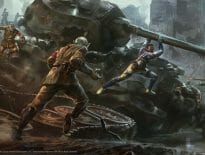 Tabletop & RPGs Free to Download: Claim the Sky – a preview … 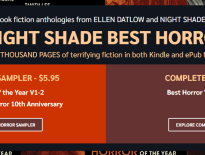