A fortnight ago, Geek Native previewed EIDOL. Now the setting, a planet jail that holds a goddess, is on Kickstarter.

It’s not just a 200+ page campaign setting in the crowdfunding campaign. The Delve system for creating low-prep megadungeons on the fly is included. You can join the campaign or just check progress from the pitch page.

The prison planet was constructed long ago by a spacefaring culture with one purpose; to contain Pandora. The colossal square is composed of six megadungeons, constantly changing, shifting and throwing challenges.

The result? It also lures delvers into its darkness, people searching for treasure, glory, and the wish granted by the Maiden of the Dungeon.

EIDOL contains a new system for building characters, one that replaces races for secrets and cultures. It has megadungeon-themed subclasses and 12 new spells.

The book details six factions in the square planet for characters to join, encounter or upset and 60 new stat blocks, including creatures and NPCs.

There’s a gazetteer that covers all six of the planet’s shifting dungeons as well as the Delve system so you can keep them going.

The leather-draped delver peered down the hall at her companions, hesitant to follow into the chambers of the slumbering beast. The halls of the dungeon were beginning to wear her down: each time they returned rested and resupplied, the dungeon was different—recognizable, but in an unfamiliar pattern like a sliding puzzle that moved its earthen bones around them.

Progress seemed impossible. Even when they won a triumphant day of battle, returning to Prism with treasure and glory in hand, the dungeon spat in their faces the moment they returned, an indignant and untameable wolf with an endless hunger… and yet, there was something alluring about it all. The dungeon promised her a wild and unpredictable life of glory and hardship—an adventure without bounds, one whose call she was entirely unable to resist. She pushed on to catch up with her friends.”

Backers at the CA$50 level get the hardcover added to the rewards, shipping calculated separately, and country restrictions in place. The premium hardcover is swapped in at CA$75.

In addition, there is also a limited edition version of the premium edition available at higher tiers.

If you stick with digital, then the megadungeons and weird-fantasy setting will be in your hand, all going well, for February. The physical book comes later, in June. 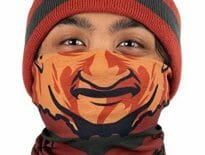 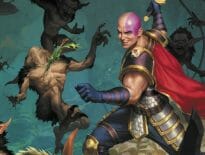