It’s an incredible lawsuit, surfaced by Tenkar’s Tavern and with a DropBox copy of the filing made public. The whole document is over 100 pages long and makes many allegations, from corruption to forced brothel visits and sexual harassment.

Servotronics, a parts manufacturer, a knife company, and others are named. Inappropriate financial relationships are alleged. The lawsuit paints a picture of widespread corruption, misbehaviour, toxicity and dishonesty. 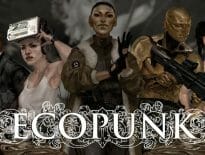 Tabletop & RPGs Plant a tree, download for free and back Ecopunk: … 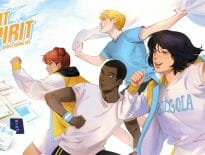 Tabletop & RPGs Passion and Sports: Fight With Spirit is a ……
wpDiscuzComment Author Info
Manage Cookie Consent
This site uses cookies 🍪, and links are ads that may earn bloggers some money 💰, and with this alert, I very much hope that these dark truths 🧌 are acknowledged.
Manage options Manage services Manage vendors Read more about these purposes
Preferences
{title} {title} {title}
Loading Comments...