Sportsball has never looked so fun or so cyberpunk. It could be that Tribe Nine takes the idea of Pokeballs, tosses away the notion of landing them near Pokemon to capture and goes with lobbing them at your enemy as hard as you can.

Sony’s Funimation is co-producing the show. It’ll air on the platform in January.

In the series, gangs compete in “extreme baseball”, and Lidenfilms (of Tokyo Revengers) are no stranger to gang activity.

As you might guess, Tribe Nine is a transmedia project with a smartphone game coming too. The smartphone project is described as an RPG of a game rather than a sportsball game. That is more surprising.

The poster doesn’t seem to match the trailer, though. The trailers are action, the hidden 10 seconds of the second one even nudging into sinister. In contrast, the official key visual is just a bit like whacky kids lost in Tokyo. 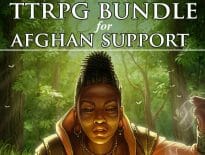 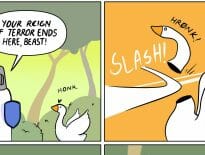