The Wanderer’s Tome has funded and did so in hours, a tabletop RPG inspired by stories like Jeeves and Wooster.

Flabbergasted! is set in the roaring 20s, and in it, characters join social clubs, drink tea and get up to mischief. You can check out the latest total, watch as it rises, and you can join from the project page.

The narrative-driven game is rules-lite and casts PCs in a range of 4 archetypes of British society, from the Aristocrats of the 20s to their staff.

Cultivating a reputation, whether of scandal or dignity, is part of the game as public persona is essential. On the flipside, secret society, the not-so-public activities feature as well.

There’s a free to download quickstart for Flabbergasted that gives potential backers a taste of the game.

In terms of pledges and awards, the action starts with ballyhoo! At that level, £15, supporters get two PDFs of the game, the second being a screen-friendly version and your name in the book.

At £30, backers get a physical copy of the book with shipping to add later, as well as the PDFs and digital stretch goals. I’ve gone in at that level even though I need to stop buying RPGs.

Balderdash, the £55 level, adds in goodies such as an A2 map of the setting, Peccadillo City, a deluxe A4 poster, postcards, enamel pins and a signed bookplate is bundled in. These extras are also available as add-ons.

There are higher tiers with original art and other perks, but these are all but sold out. There’s a retail tier too.

The PDFs are due out in June 2022, and the physical goodies have an August delivery date. 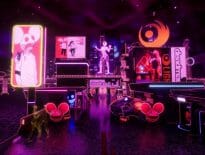 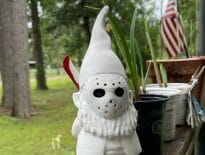