You are here: Home / Games / Conan, Mutant: Year Zero and others get new owners as Funcom buys Cabinet

The Cabinet Group has been bought by Funcom. The deal brings a raft of titles to Funcom as Cabinet has the rights to Conan, Solomon Kane, Mutant Year Zero and others.

Funcom generally makes online games, but the Cabinet deal is for growth. The new owners will merge The Cabinet Group into Heroic Signatures, a co-venture already in place and CEO Fedrik Malmbeg will remain CEO.

We took Cabinet Group as far as we could as an independent studio, but in order to achieve further growth, we were in need of bigger financial investments and infrastructure,”

Monolith has a tabletop game for Conan, and there are comic book deals and a live-action Netflix series in the works. Modiphius publish the tabletop RPG.

Under license from Cabinet, Free League Publishing is responsible for Mutant: Year Zero’s tabletop RPG. The deal initially had Modiphius as a partner.

Pinnacle Entertainment did have a Solomon Kane RPG but that reverted to Cabinet Entertainment’s control in 2019.

Cabinet also set up a subscription mini box for Robert E Howard’s universe with Privateer Press. The sign-up page for that offer is no longer in place, suggesting it did not last.

"Wait! I got a spell for that!"
Games

Conan, Mutant: Year Zero and others get new owners as Funcom buys Cabinet 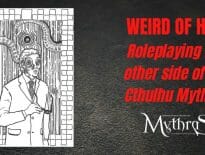 Tabletop & RPGs Weird of Hali RPG: What you think you know about t… 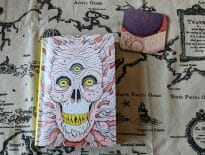 Tabletop & RPGs As good as the first: Knock! 2 is a gazette of wei…
wpDiscuzComment Author Info
Loading Comments...