An anecdotal observation of mine, and I’ve seen from other long time gamers, is that pre-written adventures are far more popular these days than in yester-decades. That’s no bad thing, change isn’t to be feared, and no one is forcing you to do it.

As it happens, the video channel XP to Level 3 are savvy to this, seen the market and launched Quest-O-Nomicon as a clever Kickstarter. It’s 30 different adaptable one-shots and it’s about to cross the $250,000 line on Kickstarter.

Quest-O-Nomicon’s pre-written adventures are for characters level one to three, and to boost the replayability, each has at least two different potential big bosses. Changing the boss changes essential details in the game.

The Quest-O-Nomicon is a compendium of adventures chronicled by Ser Nominus, an animated skeleton with a knack for sudden and painful demise! Explore 10 different stories and 30 different adventures as you sample Ser Nominus’ favorite epics and tales! The stories held in this tome are customizable, so whether you’re a group with years of experience, or a new GM looking to introduce some friends to Fifth Edition, there’s something for everyone in the Quest-O-Nomicon.

There’s also an impressive range of add-ons such as bone dice, maps, minis, trinkets, an encounter pack, a magnetic GM screen and even a dice box with a skull attached!

A pledge of $25 will get you the full set of 10 stories/30 adventures in PDF form. Upgrading that offering to $55 and paying shipping and taxes adds the rolling bones dice set and the hardcover book.

It’s a leap up to $95 to further add the map pack and friends and foes set, while $130 introduces the GM screen, Trinkets & Treasures collection, NPC and Monster Cards, plus the BBEG miniature set.

The Ser Nominus Dice Tomb and Special Edition book has had hundreds of backers and will set you back $250.

Irrespective of the tier you back, the estimated delivery is July 2022.

Quest-O-Nomicon: Anthology of 5e one-shots picks up thousands of backers 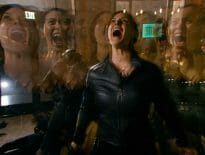 Movies Where it all started: The Matrix Resurrections tra… 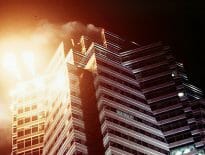