You are here: Home / Movies / Where it all started: The Matrix Resurrections trailer

As promised, Warner Bros has unleashed The Matrix Resurrections trailer. To the tune of a reworking of Jefferson Airplane’s White Rabbit, a song that (like other Matrix films) mentions Alice in Wonderland, we catch up with Neo.

The site WhatIsTheMatrix.com will be the centre point for the fandom and marketing of this geeky classic (neo-classic?).

There’s already some Easter Eggs firmly in the blink, and you will miss it, spotted in the trailer. Near the beginning, a flash seems to show Neo with eyes burnt and caught in a Matrix-machine. Potentially, this is Neo’s real-life/outside life.

In contrast to the white rabbit, there’s a black cat too. Neil Patrick Harris’ psychiatrist character has one, and in earlier films, the black cat has been used to suggest a Matrix glitch. Is that a clue?

There’s also the mystery of encountering a younger Morpheus and the recreation of that iconic scene.

Where it all started: The Matrix Resurrections trailer 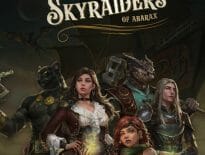