You are here: Home / Games / Tabletop & RPGs / Blades in the Dark RPG to get a TV show

Warp Films are working on a Blades in the Dark TV show, as confirmed by John Harper in a Tweet.

The news was broken by ScreenDaily who covered it alongside a separate news story about the production company Warp Films and a new partnership they have with Anton, a production and financing outfit.

Warp Films’ credits include Everybody’s Talking About Jamie, and This is England.

The popular RPG is about scoundrels and rogues trying to scratch a living and then a fortune in a haunted and industrial city. It blends occult with street crime, fantasy with urbanism.

Blades in the Dark puts the plot first, driving the narrative by lining up choices and consequences. Player characters become caught up in conflict with rival gangs and noble families or organisations like the watch.

The game began with a successful Kickstarter in 2015 and has grown significantly since then. Many third-party RPGs use “Forged in the Dark” as their engine.

Blades in the Dark RPG to get a TV show 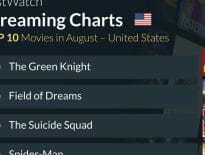 Movies Despite a cinematic release, The Green Knight tops… 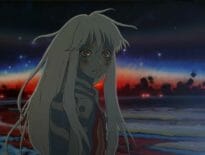