Watching the trailer for the animated sort makes it hard to imagine that games consoles are responsible for the visuals, yet they are. To check out the adventures of a young samurai warrior and an adventure through a dystopian future, head over to Kickstarter.

Dreams is a creative engine created by Media Molecule. That’s a company I still associate with Little Big Planet and Sack Boy, but Dreams post-dates that game. Is Noguchi’s Bell machinima? No, because Dreams is powerful enough to be standalone (a bit like Blender) and because Cyber Sheep Film won’t re-use any IP for their show.

You can see what the company has produced with their own rig in terms of visual assets. The images in this post are unique to Geek Native, and there’s plenty on display in the pitch video.

My goal is to show the world that you don’t need to have a high-end PC or connection in the film industry to bring your passion project to life. Our team is hoping that this project will be Cyber Sheep Film’s first step toward being a fully realized animation studio”

Each episode will be 15 minutes long

The world created by Cyber Sheet Film is a cosmopolitan one. It’s a futuristic dystopia, yet alongside advanced robots, there are also creatures from Japanese folklore and ancient warriors.

Noguchi’s Bell is inspired by Samurai Jack and anime like Avatar: The Last Airbender and films like Kill Bill.

A pledge of €13 will get your name in the credits, get you some of the soundtrack, a 5-minute animatic, posters, screenshots, concept art and early access.

Physical rewards appear at €17 (about £15) with postcards added in addition to the digital bundle.

Then, at €26, two exclusive digital posters, both digitally signed, are added to the growing rewards pile. At €64, there’s a CD added, along with a PDF of the script.

In fact, the tiers slowly edge up and up, with more exclusives and perks being added. There’s a jump at €426, which is when you get a producer credit and then at €1,064 when you get direct contact with the team and step in as executive producer, of sorts.

All the reward tiers are limited, so they could sell out in theory, but there are 999 places assigned to the first digital bundle tier. Higher tiers aren’t quite as robustly populated, but several can support hundreds of backers. 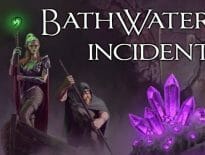 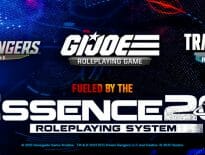 Tabletop & RPGs Hasbro approve the release of the Essence 20 RPG s…
wpDiscuzComment Author Info
Manage Cookie Consent
This site uses cookies 🍪, and links are ads that may earn bloggers some money 💰, and with this alert, I very much hope that these dark truths 🧌 are acknowledged.
Manage options Manage services Manage vendors Read more about these purposes
Preferences
{title} {title} {title}
Loading Comments...