Polarity is an independent and international publishing company that owns geeky cred brands like Lion-Oni and Magnetic Press. The latter has set up Magnetic Press Play to get into tabletop RPGs and board games with Carbon Grey on Kickstarter already.

The Carbon Grey RPG brings to the tabletop the dieselpunk paranormal war adventures of Hoang Nguyen, setting the scene for more adaptations.

The game system in Carbon Grey comes from the iconic West End Games, a name once thought lost in hibernation, and it uses an authorised MVD6 variant of the D6 system.

Now, you can get a 80-page free to download quickstart for the RPG. If you’re wondering whether to back, the quickstart is being offered up to show you the quality on offer. It’s designed to bring you on board.

It’s also our first look at the MVD6 system, the Magnetic Variant of the D6 system that once powered titles like Star Wars and Ghostbusters. We may see it used in later MPP projects, such as their unnamed but believed to be big anime titles.

It’s all proof that the Polarity backed Magnetic Press Play has the chops to be a game-changer.

However, announced along with the quickstart is news is that one familiar name and stalwart of the RPG industry is being attached to the project. It’s DriveThruRPG and DriveThruComics that will distribute Carbon Grey. The mention of DriveThruComics suggests that we might see some more, or just republished, Carbon Grey content from Hoang Nguyen.

Polarity isn’t getting into PDF distribution themselves, not any further than they already are.

While it might seem evident that Polarity might want to find economic and wise ways to get its publishing arms collaborating on digital distribution, the appointment of DriveThru isn’t that much of a surprise. DriveThru/OneBookShelf and West End Games are connected by Steve Wieck.

Wieck, a White Wolf founder, co-manages West Eng Games with Nocturnal Media, and he started DriveThruRPG. He’s obviously had the chance for plenty of conversations with Magnetic Press to find a distribution deal that suits everyone.

In the meantime, we’ve now got a DriveThruRPG hosted quickstart and about three weeks left on the Carbon Grey Kickstarter.

Update: The original article linked to the DropBox version of the quickstart. It now links to DriveThuRPG. 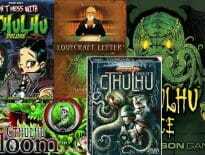 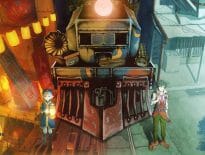