Doctor Who Alternating Current is a new Doctor Who story that’s out now and running in comic book form. The first volume, which compiles issues 1 to 4, is on Amazon as well as sites like comiXology or Forbidden Planet.

You can also try and win a paper copy from Geek Native, but time is running out.

Previously in the Doctor Who comic book line, the Tenth and Thirteenth Doctors met. You don’t need to know anything else about that story to enjoy Alternating Current, though. All that matters is there’s been a paradox, and it has not worked out well for Planet Earth.

In the new alternative time, a current alternate day, the Sea Devils are in charge. They’re known as The Masters, a title that always gets my attention in any Doctor Who story.

There’s also a Rose Tyler, with a twist. Of course, there’s a twist.

Alternating Current is a straight up and solid Doctor Who story. Jody Houser has the series expertly in hand. A trusted writer. “It’s a Houser story,” you might say, “I’m interested” will be my reply.

A little knowledge of the series will help. If neither the Sea Devils nor Rose means anything to you, I imagine the story will be less impactful. I think it’s safe to say people buying the comic book will know both. I think they’ll also recognise other names that pop up.

So, thumbs up to Jody Houser.

Both the Thirteenth and Tenth Doctor’s absolutely broadcast their personalities through facial expression and body language. The companions and fam too, but mainly the Doctors.

There’s an alien character we meet early on who transforms from threat to potential companion. It’s the same character, but golly, how the illustrations transforms the character as the story shifts. It’s lovely.

I’m a fan of post-apocalypse as a genre, and the streets of Sea Devil ruled London are striking. Look in the background, and you can see broken windows, and you can see pipes protruding from crumbling buildings.

In all this bleakness, the colours of the Doctor stands out. Both Ten and Thirteen are our beacons of hope, especially Thirteen. As we know, try as he might to hide it, Ten is still processing his time war guilt. In contrast, the Sea Devils, often monochrome, dead-eyed and stern.

This, though, is not a bleak, post-apocalyptic story for long. That’s not really Doctor Who. There’s also more than one Tardis in play here. Alternating Current does what you would expect, and we’re taking for a ride.

As we tour in the Tardis, it’s a wonderful chance to compare the two designs. I’ve already highlighted how differently the two Doctors dress, but that’s nothing compared to how their emotions manifest in the stalwart Tardis.

It’s also a chance to see Rose and Thirteen side-by-side. And it makes you think.

Doctor Who Vol. 1: Alternating Current is a slamdunk for Whovians.

There are better starting points for complete newcomers but, if you want to dive in and start with the latest material – do it. Start here. What a ride it will be!

This post is part of a Doctor Who blog tour. What’s that? It means there are other blogs with reviews, interviews, extracts and other competitions to enter.

My copy of Doctor Who Vol. 1: Alternating Current was provided by the publisher, Titan Comics, free for review. The comic is out now. 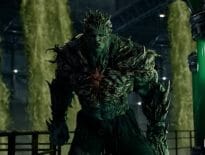 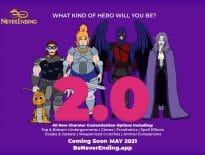