You are here: Home / Games / Tabletop & RPGs / Free to Download: Wizards of the Coast releases the D&D adventure From Cyan Depths

To promote their Magic: The Gathering / D&D Forgotten Realms crossover, Wizards of the Coast have been releasing a free series of Adventures in the Forgotten Realms scenarios for Magic players. It doesn’t appear to be on the Magic Story page yet, but the latest is out.

One power-hungry wizard’s search for an arcane and dangerous artifact has finally come to an end. He has found his prize. And so new troubles begin. With his newfound power, this villainous wizard promises to conjure castles for cold-hearted mercenaries and wayward armies who pledge fealty to him. These are the early days of a plan to wage war on the Sword Coast, and it falls to the characters to fight the wizard behind it before he musters an army around the artifact he pulled from the cyan depths of Highstar Lake.

From Cyan Depths (PDF Link) is a 15-page download in which becomes part 5 of the series.

The other four are:

The D&D adventure suits four to six characters and recognises that groups playing through the series will have levelled up again. From Cyan Depths is for 10th level heroes.

Free to Download: Wizards of the Coast releases the D&D adventure From Cyan Depths 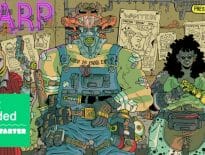 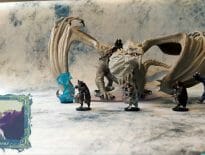