The Warhammer 40K RPG focuses on the Gilead System, part of the emptiness of space that’s been torn asunder from the rest of human-dominated space by the Chaos of the Great Rift.

The term “Space Hulk” isn’t just a phrase used to describe an abandoned spacecraft that’s left to drift through the bleak pitch of infinite, but relates to an old Games Workshop game in which Warhammer 40K Terminators find themselves besieged by hordes of hungry Genestealer aliens. Think of the movie Aliens. Think as close as you can get to that without a slamdunk legal case; add in power armour, and you’re there.

This magazine-style collection of articles uncovers numerous secrets of the Gilead System opening up new settings and antagonists for players to explore and confront, and new character options to increase Agents’ chance of surviving these new and perilous situations.”

Rules, structure and tips from Cubicle 7 will allow GMs to design their own floating space hulks for 40K space. Players in the grimdark future may have to prepare to deal with waves of Genestealers and cultists whenever they attempt to scavenge from a derelict.

It’s not all Genestealers, although the ship known as the Dominus Vobiscum is certainly there, but Orks too. Some ships have become battlegrounds.

We don’t have price details yet. Polygon says that the download for Redacted Records will be “very soon” (and so I’m linking to the search results). Deadtree books will be out later this year.

Also, as Polygon points out, you can grab a digital copy of the core rules from DriveThruRPG and the free to download adventure The Graveyard Shift. 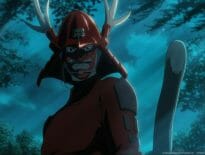 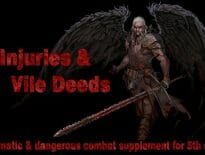