Most significantly, Injuries and Vile Deeds has a fresh take on combat, and I was able to speak to Josh Rosing, the designer, about it. Let’s look at the pitch video first.

There are actually two different systems proposed, and I’m sure that’ll raise eyebrows. One for PCs and one for enemies.

Since we’re talking to Josh about his thoughts in just a bit, let’s just skip to the pledge and reward deals.

A pledge of $25 will get you the supplement in PDF, but there’s a little cheat going on here. Lone Colossus Games have, rightly or wrongly, marked this as physical delivery. It’s not; it’s digital. Why do it? So you can have access to Kickstarter’s add-on system you would not (apparently) have had otherwise.

If you step up to $45, the delivery is physical; with the full-colour hardback and PDF coming your way.

Higher tiers exist, going all the way up to $250 for custom villains and your name in the book among the perks.

Can you introduce yourself and Lone Colossus Games?

Hi! I’m Josh Rosing. In my day job, I do research to improve therapies for Parkinson’s disease, but I’ve been consistently playing, running, and designing for TTRPGs, including several editions of Dungeons and Dragons, Fate system, Savage Worlds, Shadowrun, and the Fantasy Flight Star Wars RPG since 2006. I even tried to design my own system before getting started in D&D!

Lone Colossus Games is the company I created to help bring high quality TTRPG content to the community. I’ve published a couple of classes and a series of monsters and NPCs for 5th edition under its name. My dream is to create things that inspire others and to bring the company to a place where it can enable others to do the same!

One of the most common complaints I see from people is that their party can shrug off encounters that the Dungeon Master’s Guide or Xanathar’s say should be hard or even deadly. This can happen as early as 5th level, and often results in players feeling like there’s no consequence to fighting. Characters can yo-yo up and down from 0 hit points with no repercussions, leading to a disconnect between the sense of danger that the characters encounter and what the players actually feel.

Additionally, there’s this common notion that hit points themselves are somehow a measure of how much blood loss or how many sword cuts a character can suffer before dying or falling unconscious. But as should be fairly clear from real life wounds and from many descriptions of hit points throughout the history of TTRPGs, they actually represent a character’s stamina or luck. How well they can dodge that lethal or nearly-lethal blow. D&D combat doesn’t have a real way to represent how physically damaged characters or monsters are at all.

On top of all of that, martial characters often feel bland and don’t stand up to the fantasy that players see in them because (aside from the Battlemaster) they don’t really get cool things to do in combat!

You have got a Kickstarter coming up called Injuries & Vile Deeds: A Cinematic and Dangerous Combat Supplement for 5th Edition, and it’s going to suggest some rule tweaks around this. Can you headline what they are?

Sure! Injuries & Vile Deeds will contain two independent Injuries systems that help represent the actual physical harm inflicted on characters and their enemies in combat. They create more scenarios where one side will want to flee before unconsciousness or death, and tough choices for players as to whether they want to push their luck or take some well-deserved rest, possibly at the cost of beating the villain’s timeline!

One system focuses on the characters, and provides injuries that are proportionate to the amount of damage they take, and whether or not it was a blow that was potentially lethal, or simply a glancing one with a physical impact.

The other system allows players to take the initiative in causing harm to their enemies: giving them penalties to attacks, defenses, mobility, etc., even potentially maiming them or killing them outright if they can land enough solid hits!

Over on YouTube, you’ve talked about the Threat Meter. Is the system a bit like that? A climbing scale of seriousness pushed up with each hit taken?

In a certain sense, yes! Injuries will have different severities, and once you’ve been injured at one severity, the next Injury you suffer will be worse. Of course, you might choose to take a break from combat long enough to let that wound heal – or your friendly local healer might be able to help speed things along. However, even healing magic can only get your body so far, and if you rush it, you’ll end up with a longer-lasting effect that you won’t be able to remove except by getting some good sleep! A well-placed healing spell could still be the difference between life and death though.

This differs from the vast majority of injuries tables you can find online, which are entirely random, and can range in severity from non-existent to horribly punishing all in the same damage category.

How does the cinematic aspect fit in?

Many times, attacking – especially with weapons – in D&D devolves into players listing off their number of attacks, rolling damage, and passing their turn. The likes of “I’ll use my action to attack twice: first attack is a 13 – misses – second is a 16! Hit! 8 damage. That’s it!” are not uncommon to hear at many tables. There’s nothing inherently wrong with this, but a lot of players and game masters would love to hear more about how the characters are attacking; where they’re aiming at; what happens when they land a strike! These systems encourage the GM to describe how a character gets injured by a massive hit, and especially encourage players to describe their attacks in a cool way that leads to better visualization of combat beyond the – albeit quite useful – tactical map that many games can sometimes feel constrained by.

And if you’re already doing this, now you’ll have some solid mechanics to apply special effects based on where you’re targeting with your hits!

You’ve been kind enough to let me look at some highlights, and I think I get the injury system. It makes sense to me. I’m curious, though, what else is going into the 150 or so pages to justify the large book?

While the systems themselves are one part of the book, it will also contain a vast assortment of character options and monsters for the GM and players to have at their disposal to make the most of the system. The moment you introduce a new core mechanic, GMs and players alike (myself included!) will want feats, items, spells, subclasses, and monsters that make use of or interact with the mechanics in interesting ways! In accordance with the book title, there will also be some unique villainous NPCs that you can design adventures around, or simply insert as lieutenants of your existing villains! Plus, a TTRPG book couldn’t possibly be considered complete without beautiful art to inspire readers and guide our imagination in the stories we tell! The book will be filled with as many amazing, full-color illustrations as possible, focusing on monsters and NPCs, as well as background scenes like the Giant Slayer, though depending on funding, spells, items, and subclass character illustrations are on the list as well!

How much experience do you think a DM needs before Injuries & Vile Deeds becomes a compelling purchase for them? How much beyond D&D 101 is it?

Injuries & Vile Deeds is definitely accessible to even a beginning group, but I would probably recommend at least playing a few sessions before you add them in – just to get a feel for group balance and running encounters. If you’re starting at low levels though (which most new DMs do), you’ll probably find it easiest to start using the rules (at least for PC injuries) starting around 5th level, since that’s where people tend to start seeing issues in the combat experience. Overall the core mechanics should be understandable to anyone with even a little D&D experience.

Any thoughts and tips on how DMs could introduce the rules to games that are mid-way through? Does it even matter?

Good question! It certainly might feel jarring from a genre perspective if you’ve gone almost a whole campaign without Injuries present, but I think there are plenty of ways that could be dealt with. One simple way is to say that the party is now facing tougher foes – the stakes are higher now! Another way is to say that, yes, they’ve actually been dealing with this all along, it just hasn’t been a problem until now. Ultimately, I think it’s important to have player buy-in to the systems, but the PC injury system has been designed to encourage a different play style, rather than to “punish” players for making poor decisions (which most players probably wouldn’t find much fun).

On the other hand, adding the ability for players to inflict Injuries on their enemies should fit right in at any moment! Anything that makes the party feel more awesome should feel at home in pretty much any D&D game no matter how far into it you are!

What are your three top tips for running better combat encounters in general?

A lot of this is about making your encounters exciting or unique. A random encounter with an owlbear in the woods isn’t exciting unless the owlbear is there for a reason, or if the terrain is especially interesting.

First, think about the narrative importance of the encounter. If an encounter isn’t adding anything to your story, it’s not worth playing out. That’s not to say that an encounter has to have a plot associated with it, or even anything beyond “this is a real threat and you need to deal with it in some way”, but if it falls into that latter category, it had better have some lasting consequences that have an impact on encounters that are important to the story.

Second, I like designing my monsters from scratch. I give them unique mechanics – and often flavorful attack names – that help back up the fiction of what that enemy is and what they can do. This can include special attacks, damage or condition resistances and immunities, or even special non-damage weaknesses! My Monthly Monster series has a few good examples of that.

Finally, come up with descriptions ahead of time! If you know what monsters or NPCs they’ll be up against (hopefully you do!), then come up with a few lines for the enemies to say, or some cool descriptions of attacks to, once again, play up the fiction of the encounter. My planning motto is to prepare enough that I can improvise the rest – and this applies to combat encounters too, except that in combat I’m often busy with mechanics and need that little extra reminder to say or describe things. So many fights are often devoid of narrative fluff and sensory information because we get so focused on mechanics and tactics – any chance to throw in another word or two can really add a lot! Battles are never quiet, and should definitely have some visual descriptors or even smells thrown in on top of that! Ever been grappled by a sweaty troll? Gross! 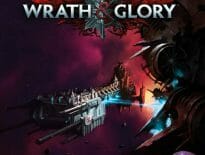 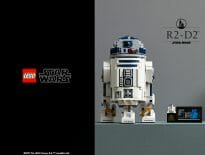