You are here: Home / Games / Tabletop & RPGs / Strixhaven will impact D&D design for years to come as controversial subclasses are dumped

Not all of D&D Live was focused on Fizban’s Treasury of Dragons and Witchlight, Strixhaven: Curriculum of Chaos the next D&D and MTG crossover, which is due out in November, also got a mention.

The official D&D page for Strixhaven is up. The summary page shows just how much the supplement will add to D&D.

What Strixhaven does not add is likely to prove to be even more significant.

In June, an Unearthed Arcana playtest added subclasses for Strixhaven colleges which did something not seen before from WotC for D&D 5e. The subclasses were not unique to one class.

For example, the Lorehold subclass could be accessed by Bards, Warlocks or Wizards and the Witherbloom subclass by Druids and Warlocks.

Jeremy Crawford said that Wizards of the Coast had learned something important from the playtest; this approach doesn’t work, fans don’t like it.

The Unearthed Arcana playtest did the job we asked it to do. Occasionally, we put some very experimental things in front of D&D fans and ask them if they want to see more of it.”

In this case, the very simple answer was ‘No.’

We learned two really important things from this playtest that reinforced something we’ve been seeing from the D&D community going back to D&D Next.”

People love for D&D subclasses to speak to the distinctiveness of a particular class. 5E fans also want subclasses to be usable in as many settings as possible, since so many DMs homebrew their own settings. In this case, there was a bit of an uphill climb since the subclasses were so tied to a particular setting, that being the magical college of Strixhaven.”

Crawford helpful frankness makes it clear that Wizards of the Coast have heard this feedback. Not only are these subclasses not in Strixhaven, but the D&D publisher also seems to have no desire to test the approach again.

What will Strixhaven add to D&D?

The hardback (and digital editions at Roll20 and D&D Beyond – no mention of Fantasy Grounds, though) will include the following;

Characters begin as first-year students who study, socialise and adventure as they progress towards graduation. While Strixhaven is a crossover with Magic: The Gathering, Wizards of the Coast have designed it so that it may be dropped into any 5E D&D world using the provided rules for adventuring as a student of magic.

Having subclasses thatvare accessable by two or three clases is brilliant and stops the dreadfully boring “this house is wizards, this house is druids, etc etc”. Its a chance to make a mehanic that brings the setting more alive.

Also, not everything in every book, especially a setting book, has to be easily usable in a homebrew campaign.

I think many people will agree with you. Or, I would have assumed so but JC seems pretty clear! ┐(´ー｀)┌

A real pity, the players talked about the classes being tied to the setting, not about them being usable for more classes. And the great thing about subclasses is that if you don’t like it, you can use another one.

So I’m very saddened by people having misread what the players said, and failing to deliver based on that misinterpretation. 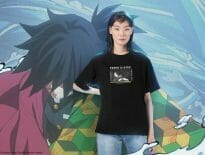 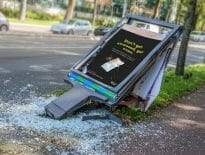