You are here: Home / Games / Tabletop & RPGs / Fizban’s Treasury of Dragons is “hacked” via API

There’s a new D&D book scheduled to be announced at D&D Live at the end of this week. You can pre-order at Amazon from this pre-order page.

I agree with Nerd Immersion; the likely conclusion here is that Friday’s D&D book is Fizban’s Treasury of Dragons.

Now, I’m using “hacked” in the traditional sense of the name here, rather than “cracked”, although I know the latter is rarely used, and the former becomes the catch-all for an illegal data entry. All Nerd Immersion has done, very cleverly, is look at how data was lined up on the public web.

As more and D&D becomes digital, as companies offer up downloads of Fizban’s Treasury of Dragons, APIs and front-end integration become commonplace.

Nevertheless, despite best efforts, Wizards of the Coast have had their marketing thunder stolen, and the first G4 hosted event is off-kilter. I doubt fans will mind, and Wizards, as usual, will soldier on.

It also seems likely the 145-page book (that’s about half the size of the Player’s Manual) will contain rules for gem dragons.

I’ve had a go using this algorithmic image sharpener to clear up the cover image, although I think it’s easy to make out the details from Nerd’s video.

Dragonlance fans will recall there’s a character called Fizban, a property that WotC struck an out of court deal with to get back on track. There’s also a god, however, as an EN World thread points out; while WotC re-uses these names, there’s sometimes only a weak connection to the setting.

In Dragonlance, Fizban the Fabulous showed up in Kyrnn during the War of the Lance.

Fizban’s Treasury of Dragons is “hacked” via API 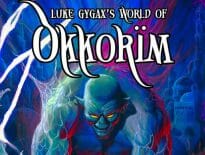 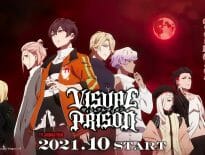