Stillfleet is out at Itch and DriveThruRPG and is a genre-defying science fiction RPG with a simple but deep system.

It takes place in a gloomy, lively, zany, and politically charged future when the Earth has two (super)continents instead of seven. The RPG follows a successful Kickstarter, a project that didn’t shy away from Stillfleet’s goal of being politically charged and subverting capitalism.

The DTRPG page lists the following;

Geek Native has permission to share a heap of art and layout examples from the game.

We can also see how illustrations and colours are used in the sci-fi’s layout and design.

Code allowing, you can click on any of the images above to get a better look. 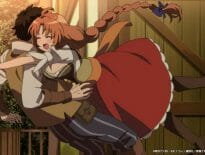 Anime The Slow Second Life of the Retired Dark Soldier i… 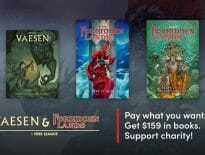 Tabletop & RPGs Vaesen and Free League’s Forbidden Lands in …
wpDiscuzComment Author Info
Manage Cookie Consent
This site uses cookies 🍪, and links are ads that may earn bloggers some money 💰, and with this alert, I very much hope that these dark truths 🧌 are acknowledged.
Manage options Manage services Manage vendors Read more about these purposes
Preferences
{title} {title} {title}
Loading Comments...