You are here: Home / Games / Tabletop & RPGs / The deep dark world: A review of Sigil & Shadow by Osprey Games

Sigil & Shadow, out today, joins Osprey Games’ flock of d00Lite (with Jackals, for example) and I like it now more than I did when I first read it.

You see, Sigil & Shadow might have been six years in the making, but you’ll get the game within six paragraphs. The mistake I made was to assume that’s all there is to it.

The world is not as we know it. Ghosts, demons and scary things are real. Characters are those people who have discovered this, accepted this and been changed by this. Sigil & Shadows is a game of urban fantasy and occult horror. Characters are either the Illuminated or the Shadowed. The first defy the odds to protect the innocent from these dangers, and the second, the Shadowed, accept the darkness and, at best, become anti-heroes.

Combine that with the d100Lite system that Sigil & Shadow uses, where you try and roll below (but often close to) your stat, attribute and modifier combination, and the system will be familiar too. If you’ve played one of Osprey’s growing range of tabletop games, then it will be familiar.

The 208-paged PDF is out today, at $24.50 from DriveThruRPG. If you stop there, you might struggle to justify finding the cash. There’s a good chance you already have a game like this.

Firstly, I’ve got lots of urban horror games — because I like them. However, I don’t think I’ve got one that specifically sets up “light heroes” and “dark anti-heroes” and says; both are core rules, key character types.

I’ve got urban horror RPGs that take the anti-hero path (hello World of Darkness) and those that take the hero path (so many; Liminal, Beyond the Supernatural, even the recently released Flames of Freedom with its historic America setting). But both, by design and not a sourcebook, with a system designed with that in mind. That’s rarer than might opening assumptions give credit.

Let’s talk about Bones as an example. Bones are the meta currency of the game, traded in for re-rolls and other dramatic purposes. They can also be used, traded forever, at character generation to pick backgrounds and oddities rather than take a random one.

Shades and the Illuminated roll the same background table; both equally likely to have been an activist or, say, a criminal. It also means both could have the same Oddity. For example, either might have been a victim of a monster’s aggression, left for dead and yet survived, changed and linked to the supernatural thing that attacked you.

No matter their casting, characters handle experience and character advancement in the same way.

However, I think the real depth in Sigil & Shadow comes from the metaphysics and mysticism baked into the game. There’s less of a religious nod here than in the latest edition of Kult, but there’s still a wealth of layers.

You already know, and I suspect you get, the premises. Our world, The Extant in Sigil & Shadow terminology, is separated by the Curtain from The Echo. The Echo is a reflection, warped by memories, dreams and emotions, of The Extant.

This happens in the primordial chaos of The Nether, a realm filled with shadow (or umbra), and that’s not the only thing. Bound by to the Extant are pocket worlds called Cosms, unrealities shaped by collective unconscious and home to eldritch beings, things from fairy tales and would-be gods.

Also in The Echo are Ephemera, beings that are reflections within it like ghosts, or Thoughtforms created from ideas, or Anima as daemons of nature, technology, music and other concepts.

Then there are Aberrations, Visages, Rifts, Bleeds, Fissures and Pylons…

I’m not here to write out the full Sigil & Shadow PDF to save a download, but I think you get the point. There’s a lot there! Sigil & Shadow is more fleshed out than just presenting a rule system for “a world like ours but with vampires”.

As this is a review, I am here to tell you that I was put off first by all these things to remember about the Sigil & Shadow. What’s the point? Do we revisit any of these later?

But after just one test session on Discord, I quickly came to appreciate it. I now think it’s the game’s greatest strength. This structure gives depth, players will forever be learning, and the GM has all these pegs to wind mysteries around.

Sigil & Shadow is a game of occult horror. We can’t have players say, “I get it now! I know what to do!” too quickly (if ever). We need to keep the world strange and unknowable.

The d100Lite (or d00Lite?) is pretty straightforward to learn but has complexities to master, such as opposed roles, assisted actions and what happens when the chance of success appears to be greater than %100 or lower than %1.

Doubles matter; if the dice pops up something like 33, 55 or 77, then it could be a double success or a double failure. The advantage and disadvantage system lets you swap the dice around so that a 19 becomes a 91, but as you can see, a 99 is still a 99.

Many RPG systems begin life in fantasy, and that’s where I know d100Lite from. How well does it cope with modern concerns?

I think it does pretty well, although as it has to tackle more common situations than a fantasy game (both have magic), there are simply more of them.

There are driving rules, for example, in which your vehicle has Body Points as an abstraction of their current wellbeing. All vehicles from a state board to tank start off at 100 BP unless noted. Then there are considerations for Bumping as opposed to Ramming. Lite, yes, but also not too light.

As this is a horror game, the rest and recovery rules go into mental states and physical healing. I’m not a trained sensitivity reader, but I’m going to stick my neck out here and say I saw nothing that made me wince. I think Sigil & Shadow handles this well.

If it matters, the engine is based on the BareBones system from DwD Studios.

I have got a PDF of Righteous Blood, Ruthless Blades: Wuxia Roleplaying which I bought for an RPG online convention, had time to skim and left feeling that it looked good. I have a hardback copy of Jackals, and that feels great.

I didn’t get the same initial impact from Sigil & Shadow. I think there are two reasons for that.

Firstly, Sigil & Shadow art tends to show real-life situations, albeit darkly shaded ones, in a somewhat stylistic touch, and people who look worried. That’s less impactful than samurai warriors or the inhuman warrior beasts that once ruled humankind.

Secondly, like Jackals, Sigil & Shadow uses art sparingly; it tends to introduce chapters or is a slice of discreet decoration. The splash effect works, though. I think it’ll be better on paper than in the PDF. You can scroll for a while before your eyes get a break from the text.

However, Sigil & Shadow is easy to read, well laid out, and I think I’m nitpicking just a bit here. The illustrations absolutely get across the idea of a world almost exactly like ours.

As you can see, my time with Sigil & Shadow has been a bit of an u-turn. It’s a reminder that sometimes you really need to play a game, if only briefly before you can judge it.

I feel this game would pair well with a group of more adults looking to do something dark and edgy. Equally, I think I could play this X-Files style with a group of fresh-faced youngsters with the wholesome heroes taking on the wicked manipulators.

I absolutely know I could run this game, layering on the complexities and mysteries, building secret societies, master criminals, gangs, conspiracies and the dreadful consequences of opposing them.

It would be the thumbs up for Sigil & Shadow, even if it took a while for me to get it there.

My copy of Sigil & Shadow was provided free for review. I had it before public release.

The deep dark world: A review of Sigil & Shadow by Osprey Games 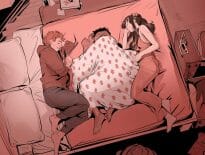 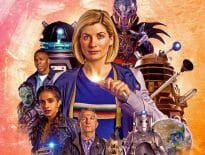