You can tell something is working when season 4 of the idea launched on Kickstarter and swiftly attracts hundreds of backers. Graphic Novel Adventures has nearly $80,000 pledged for the 2021 season of their gamebooks.

The campaign is going to be reasonably brief, not getting the usual whack of 30 days, and so, at the time of writing, there’s less than two weeks left.

Gamebooks like Lone Wolf and Fighting Fantasy helped steer the tabletop RPG community and used text. They are books. This new generation takes that approach but adds a visual element by layering in comic books and graphic novels.

These hardcover books are an incredible gaming experience. And they are so accessible even to those of you that have never played a gamebook before. Most of the books are for one player, but they can easily be enjoyed with another if you choose!

The 2021 collection of these comic book adventures includes these stories;

It’s a pledge of $15 for one a la carte book; in other words, you get to pick one of the listed titles from season 4.

If you missed out on previous years, then you can get the complete set of slipcases for $275.

The expected fulfilment date is May 2022, no matter which reward level you unlock. 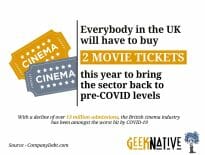 Geek Stuff Could two tickets save the UK cinema scene? 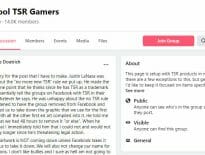