Swamp Thing made his debut in July 1971, and so we’re coming up to the protector of the Green’s 50th anniversary.

Created by Len Wein and Bernie Wrightson, the plant elemental was originally a character in a stand-alone horror but later returned in a solo series to defend the world. Affiliations include the Justice League and the Parliament of Trees.

Mondo has announced that Francesco Francavilla created this incredible 16″ x 36″ poster that will be printed by DL Screenprinting.

Swamp Thing will be an edition of 175 and is expected to ship in September and worldwide.

The poster will be available from The Drop at 11AM CT. That’s soon, and the poster is very likely to sell out quickly. 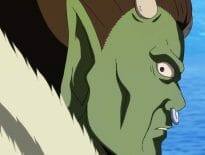 Anime I’m Standing on a Million Lives lets us look…