You are here: Home / TV / Anime / I’m Standing on a Million Lives lets us look into season 2

I’m Standing on a Million Lives is an anime in which a group of youths travel back and forth between this world and another.

The other world behaves like a game. There’s a Games Master, there are quests, experience points, and most deaths are temporary. But not all deaths.

And there’s something else going on, something that feels increasingly sinister or apocalyptic. It finished season 1 with an Irregular Reconnaissance rating of Average.

The trailer for season 2 suggests a more extensive cast and perhaps even a larger adventuring party. It’ll air on Crunchyroll again and as part of the approaching Summer 2021 anime season. It starts July 10th in Japan.

Here’s how they describe the series;

Aloof and logical middle school third-year Yusuke Yotsuya is transported to a game-like alternate world. He becomes a third player and takes on a dangerous quest with his classmates Iu Shindo and Kusue Hakozaki, who were transported there earlier. The cold Yusuke eschews emotionalism and examines all elements with detachment, sometimes even toying with the lives of his companions. Can he protect his party from attacking monsters, difficult incidents, and powerful scheming enemies and win the game?

And yes, Yusuke isn’t always very likeable. In your D&D game, he’s most likely to play the annoying turncoat of a Rogue.

That tension with Yusuke’s personality and his apparently now inforced role as a hero is mentioned by Kodansha, who have a digital-first comic of the manga up on comiXology.

Ninth grader Yusuke Yotsuya is practical, friendless, and not active in any clubs. Then one day, he and two female classmates are suddenly sent to another world where they must work together to battle for their lives. Yotsuya is a lone wolf and has always lived his life according to his wants, but how will that work out now that he’s supposed to be a hero?! Get ready for a one-of-a-kind fantasy story that will challenge everything you thought you knew about fantasy! 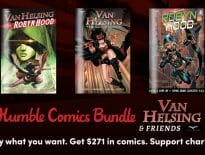 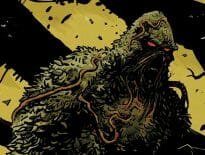