You are here: Home / TV / Anime / Funimation picks up steampunk vampires with The Case Study of Vanitas

The Case Study of Vanitas has released a second trailer with clips of a steampunk world, vampires on the attack and with “Sora to Sora”, the opening theme song as backing.

The anime starts in Japan on the 4th of July and will join Funimation once the Sony-owned platform launches their summer collection.

We’re expecting two halves for series with one, and we don’t yet have a date for the second half, which suggests there might be a whole quarter year, or more, between the two.

In the show, The Book of Vanitas is a clockwork grimoire with an unsettling reputation. It’s being is being sought by rival vampires.

One of the searchers, Noe wants it to save a friend, but in Paris encounters someone claiming to be a vampire doctor instead.

The manga is available already at comiXology in English, published by Yen Press. They describe it;

Step once more into the imagination of Jun Mochizuki, creator of New York Times-bestselling PandoraHearts! A tale of vampires and curses set in a whimsical and dark steampunk Paris unfolds! On the streets, rumors abound of a clockwork grimoire said to sow curses among the vampires. Now, guided by the Book of Vanitas, the gears begun to turn, and the story of two men, Noe and Vanitas, takes shape…

Funimation picks up steampunk vampires with The Case Study of Vanitas 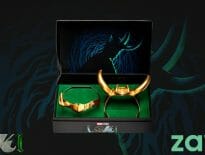 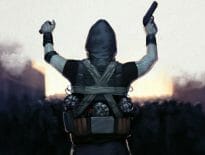